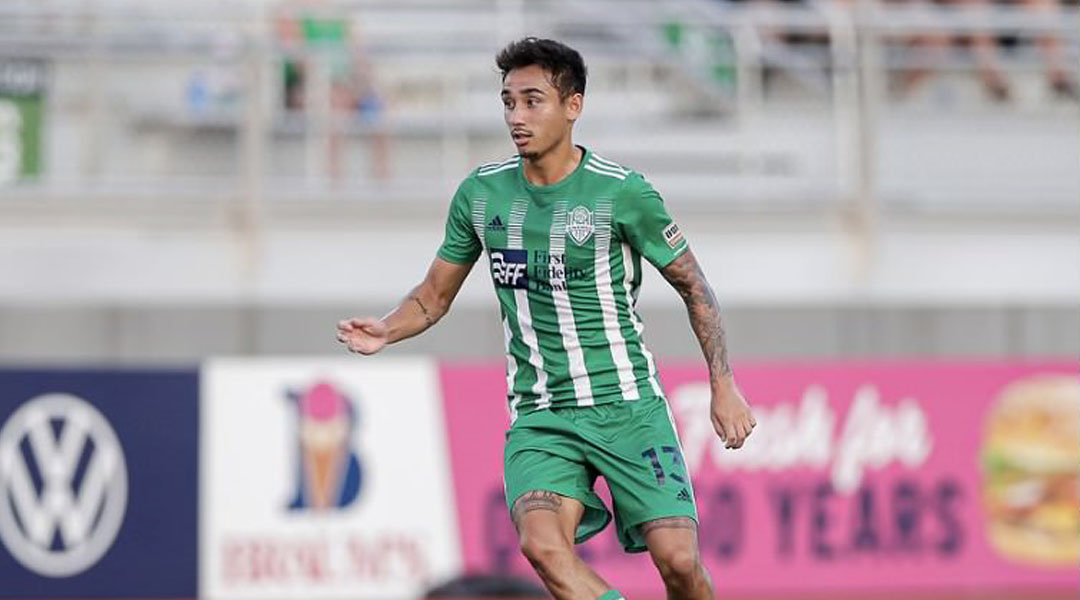 The Halifax Wanderers have signed former Toronto FC attacking midfielder Aidan Daniels to a one-year deal with an option for 2023.

Daniels brings plenty of USL experience to the club, with the 23-year-old having played for Toronto FC II, Ottawa Fury, the Colorado Switchbacks, and OKC Energy throughout his career so far, with the former Toronto FC midfielder also featuring for the Canadian national team up to the U-23 level.

The Halifax Wanderers had teased that the club was looking to bring in a creative midfielder who could contribute to the club’s offensive output, and it looks like they’ve locked in a solid performer with the new midfield addition.

I’m really excited by Aidan’s signing. We know we need to add some goals and creativity from wide positions going into next season and Aidan will certainly bring that with his quality on the ball, his ability to beat players and his finishing. He is a very important signing for us.

The 23-year-old arrives with 125 USL appearances to his name, having most recently played for OKC Energy FC. Last season saw him feature regularly for the side, recording thirty appearances and contributing three goals.

With OKC Energy set to be sidelined for the 2022 USL season due to ongoing stadium renovations, a must exodus of players has occurred – and the Wanderers were evidently ready to ensure Aidan’s next stop was out east.

Sporting Director Matt Fegan described Daniels as having been the club’s number one target to bring in ahead of the 2022 CPL season, with the attacking midfielder ‘ticking a lot of boxes’ for a Wanderers side hungry to return to a playoff position next year.

We always want to attract the best young Canadian talent to come to Halifax. It’s a great environment to play in front of the best fans in the league and continue your development under Stephen and his staff.

The staff will see some shuffling this year, with Halifax bringing in ambitious Spaniard Alejandro Dorado to assist Hart in the technical area, with Mesut Mert being redeployed to the club’s upcoming U-23 program.

Fans shouldn’t be surprised to see Daniels used in a variety of roles throughout the season, with Hart describing him as a creative player who can play in a central attacking position, up behind a striker, or out wide on the pitch. He expects the midfielder to cause plenty of problems for opposition defenses, stating fans at Wanderers Grounds will love the creativity he puts forth on the pitch.

Daniels is looking forward to bringing them cheer, too.

I know the Wanderers Grounds has some of the best fans in the league so I’m definitely looking forward to playing in front of them and feeling that energy inside of the stadium. Good fans give you that extra boost to perform well and from what I’ve heard the fans are brilliant. I’m just really looking forward to that and getting wins for them.

The midfielder says that the Canadian Premier League has shown growth in each season since it launched in 2019, with the league being the right fit for him to grow as well. He believes the way the team plays will suit his game, and arrives familiar with a few members of the squad like Mateo Restrepo, who he’s known since he was about ten years old.

How he lines up with least season’s MVP and golden boot winner, Joao Morelli, will be a tantalizing prospect. Suffice to say, he arrives as a highlight addition to the CPL offseason thus far.

The former Toronto FC midfielder had progressed through the academy system of the MLS side, eventually turning professional with its USL affiliate Toronto FC II in 2016. He impressed at the USL level, inking a homegrown contract with Toronto FC two years later and making his MLS against the Houston Dynamo shortly afterwards.

The following season saw him loaned to the Ottawa Fury, where he saw limited gametime in a move criticized by Carmine Isacco. His option was declined by TFC the following year, with the youngster then landing with the Switchbacks in USL.

His time with the in Colorado saw him start sixteen straight matches for the USL side, contributing three goals and one assist whilst leading the team in chances created. He then moved to OKC Energy last year, where he played alongside former Wanderer Kodai Iida before his return to Canada with the Halifax Wanderers.

The attacking midfielder arrives on a one-year contract with a club option for a further year.