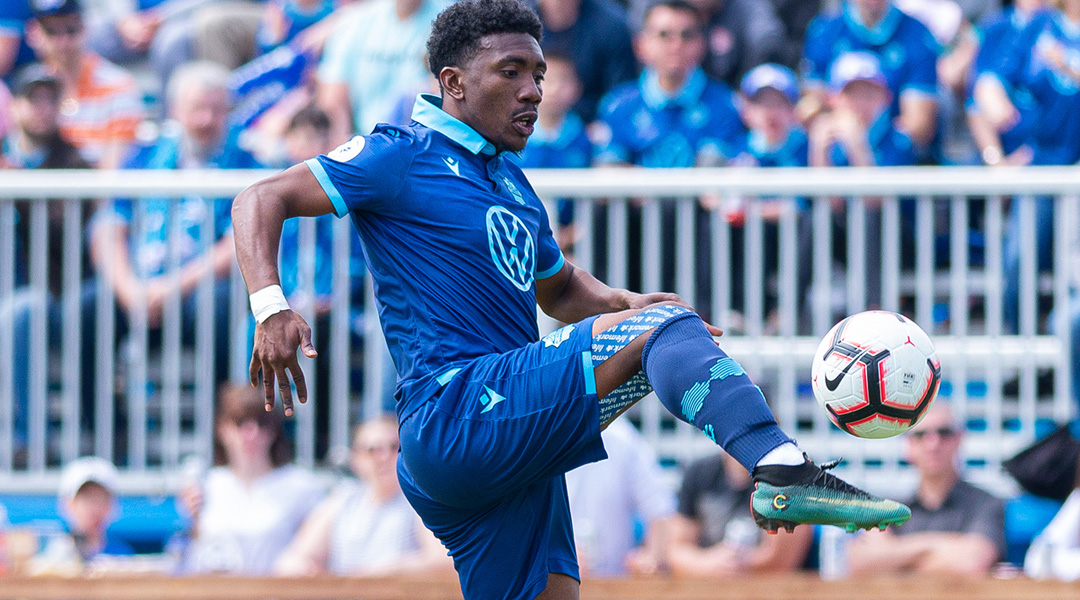 23-year-old Trinidad and Tobago international Akeem Garcia will remain with the Halifax Wanderers throughout the 2020 Canadian Premier League season.

Garcia, who scored the first-ever Halifax Wanderers goal during the club’s home opener against Forge FC, had a very positive 2019 campaign that saw him net eight goals in 28 appearances for the Wanderers.

It’s a good feeling, I’m excited and I just want to finish where I left off and score more goals and hopefully we can go for the title next year. I wanted to come back, it was an easy decision because I like playing under coach Hart and he trusts me to play and to score goals.

His fine form throughout the campaign earned him a Trinidad and Tobago call-up last month. It was his first time returning to international duty since he made his debut in 2015, indicative of the Canadian Premier League’s success in putting players on the map.

He appeared twice for the Soca Warriors as a CPL player, once in a CONCACAF Nations League match against Honduras, and again in a friendly against Venezuela.

He made significant contributions and I’m happy he decided to return. Akeem’s willingness to run the channels and score goals is extremely important to us. […] Akeem is so dangerous running in behind and is a tremendous worker who is always available for that penetrating pass

Garcia is the second player to commit to the Wanderers for the 2020 season after Christian Oxner put pen to paper earlier this week. The club has already parted ways with the likes of Elliot Simmons, Tomasz Skublak, Ndzemdzela Langwa, and Kodai Iida, with assistant coach Michael Hunter also leaving the club.

Akeem Garcia first came to the Wanderers by way of Wanderers assistant coach Derek King, who recognized the potential in the young forward after his championship run with FC Santa Rosa, for whom he had scored ten goals for in 2018.

The league did not reveal contract length or financial details regarding Garcia’s contract.