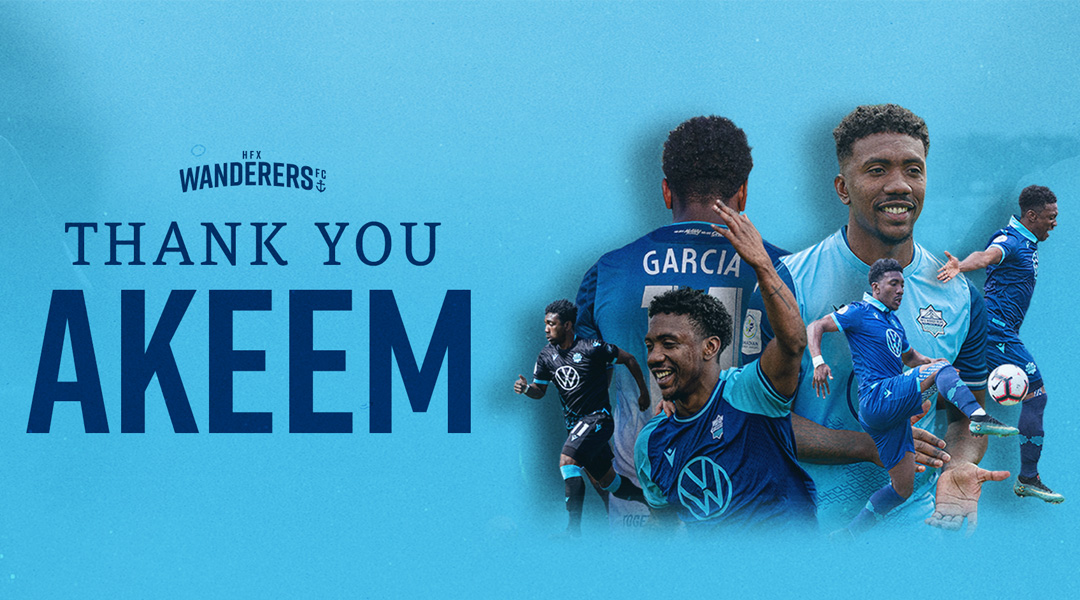 Trinidad and Tobago international Akeem Garcia will be stepping away from his career as a professional athlete to pursue a coaching career set to start out with a local Soccer Nova Scotia club.

The 25-year-old had spent the last four seasons with the Halifax Wanderers, where he contributed 21 goals throughout 77 appearances for the east coast side.

“This decision is very tough but something I put a lot of thought into,” stated Garcia. “Words can’t explain how much I love soccer and how much soccer has done for me, but I’m not walking away from it, and I’ll still be in the game. I’m happy I can still be in soccer but play a different role.”

Garcia had scored the first goal in Wanderers history, and now departs the side as its all-time leading goalscorer and second all-time in appearances.

To that end, Halifax Wanderers President Derek Martin said he was happy that the striker will remain in Halifax and inspire the next generation of talent out east.

“Everything is amazing,” continued Garcia. “The city and the atmosphere with the fans, I’ve been here four years now, so it’s my home away from home.”

The Trinidad and Tobago international had followed a decent opening campaign that featured a return to national team duty with a golden boot winning tally of six goals in nine appearances during The Island Games.

However, he then struggled to find much success in front of the net over the last two seasons.

With the striker now arriving at the end of his current contract, a renewal wasn’t looking likely – and this may have expedited his decision to further his coaching education and embark on a new role with a local grassroots side.

It’s something he’s found a big passion for.

“I’ve been given a couple of chances to run sessions and come in to work with the youth. I enjoyed it; to see them out there reminds me of when I was that age. Now with everything in Canada, it’s possible for them to reach that goal [of professional football]. I want to be able to help them reach that goal with the experience I have.”

Garcia made sure to say he was grateful for the Halifax Wanderers, the staff, the coaches, and especially Derek King, who had been Hart’s assistant in year one.

“He stuck with me through injuries back in Trinidad and is one of the reasons I’m here, he brought me here, so I want to give a huge thanks to him for playing a big part in my career.”

That being said, Garcia remains open to returning to the professional level as an athlete should the right opportunity arise.

With the vast majority of the Wanderers squad on expiring deals or options years, up to half the squad may moved on following the arrival of Stephen Hart’s successor.