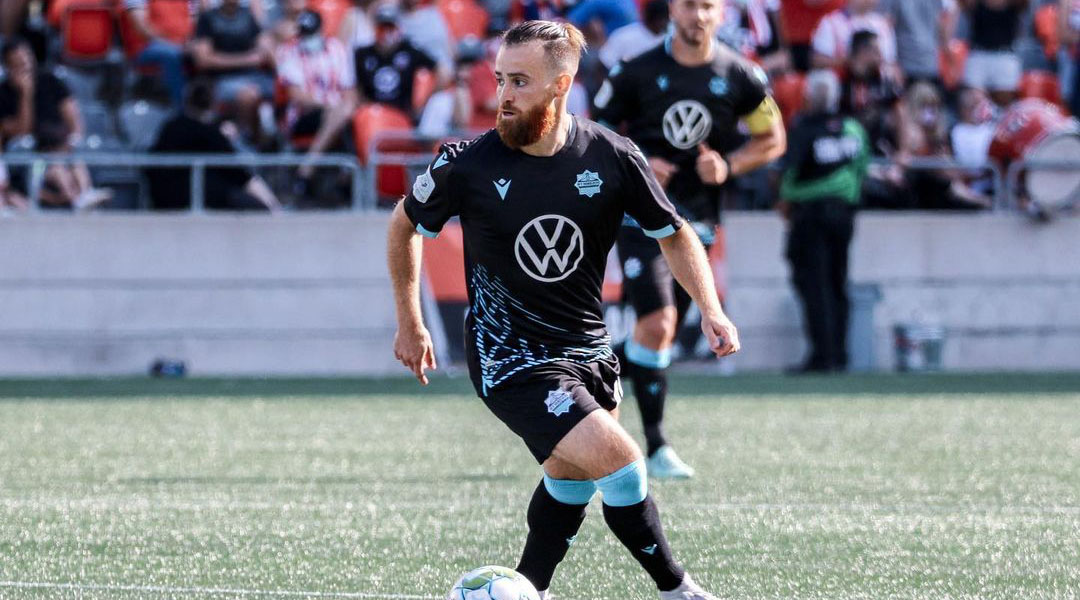 After two seasons in Halifax, Alessandro Riggi is set to wander once again.

The 27-year-old forward made 24 appearances for the CPL side across all competitions, seventeen of which came in 2021. A tricky, fast-footed forward, the former FC Montreal player leaves as a well-liked athlete who simply never got a full stretch of games after recovering from a knee injury suffered before he first arrived to the club.

Riggi had described his opportunity to play out as east as being akin to a child opening his first Christmas present, with his second season at the club seeing him make seventeen appearances, none of which saw him feature for a full ninety minutes.

Thanking Halifax for the opportunity, Alessandro wrote the following farewell message to the city, the club, and the fans:

I have met great people, could not of asked for better teammates, brothers that I consider fam! The fans have been nothing but class, so much love and respect for you all, thank you for that strong presence, it was felt every single game! All the best to the club for the future! Excited to see what’s next for me.

His first campaign with the side at last year’s Island Games tournament saw him appear in seven of the club’s eleven matches that year, with Riggi scoring his only goal for the side in a 2-0 win over Atletico Ottawa.

He becomes the second Halifax Wanderers athlete to depart the club this offseason, with Morey Doner having made a similar announcement last week. Riggi is a proven product in the USL, where his 5,000 minutes of action saw him contribute some 21 goals and 9 assists across 81 appearances when healthy.

The Halifax Wanderers attack relied heavily on Brazilian forward Joao Morelli this season, who is expected to pick up a golden boot award barring the remote possibility of astounding performances from other sides in the playoffs. Halifax looked likely to be the fourth and final side to reach the postseason stage, but the club let the opportunity slip from its grasp in the final month of action.

Riggi was a starter in the matchday squad for the 2020 CPL Final, where the east coast side succumbed to a 2-0 loss to Forge FC.

While it remains to be seen how many players will be returning following a tough season overall, Riggi departs with plenty of goodwill from fans and teammates alike, and it wouldn’t be surprising to see another CPL side take a chance on him.

FC Edmonton Facing Blunt Truth: ‘We Have To Improve’