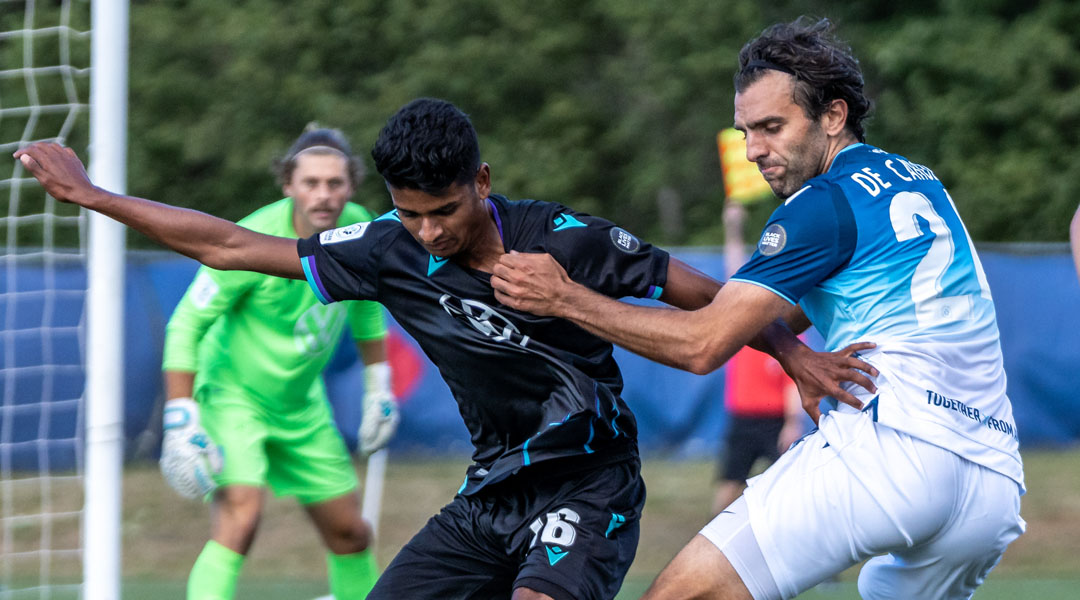 Today, the 28-year-old left-back announced that after a stall in contract negotiations he and the Halifax Wanderers felt it best that he go his separate ways.

I want to say a big thank you to the Halifax Wanderers for the last two years of my career. It has been a great journey with many positive experiences in being part of the club from day one. We mutually agreed for me not to be back in Halifax next year.

De Carolis made six appearances for the east coast club during this year’s Island Games campaign, racking up 362 minutes of game time and scoring a rather unorthodox goal against Valour FC. He departs from the club after 27 appearances in all.

I want to thank the fans, teammates, organization, and city for accepting me from day one. I truly had a great time in my two years here. I look forward to the future and what I will be doing next!

The Sarnia, Ontario-born defender had initially jumped to the Canadian Premier League from Sweden, where he previously played for Vasteras SK in the country’s second tier. Hart has long-praised the maturity and leadership qualities of the six-foot-one defender, but the club and its former co-captain no longer agreed on his valuation coming into the side’s third season.

The club has locked in Mateo Restrepo for the next year, who proved to be a capable in the left-back position throughout The Island Games and appeared in all eleven games for the CPL Finalists. The Wanderers also secured some long-term defensive depth, confirming that fan-favourite Peter Schaale has signed on a two-year deal with an option for 2023.

Alex embodied all of the characteristics we value as a club and we thank him and wish him nothing but success as he continues on his journey. He will always be welcomed back to Halifax with open arms.

The club is still in contract negotiations with Daniel Kinumbe, Ibrahima Sanoh, and Aboubacar Sissoko, the latter of whom appeared to pain those eventual conversations in a positive light.

Of course, today’s confirmed departure of the two-year Wanderer means that Stephen Hart will now need to lock in more competition for the left defensive side. He’ll need to look at his opposite right flank as well, with Chrisnovic N’sa having signed with York9 FC during the offseason.