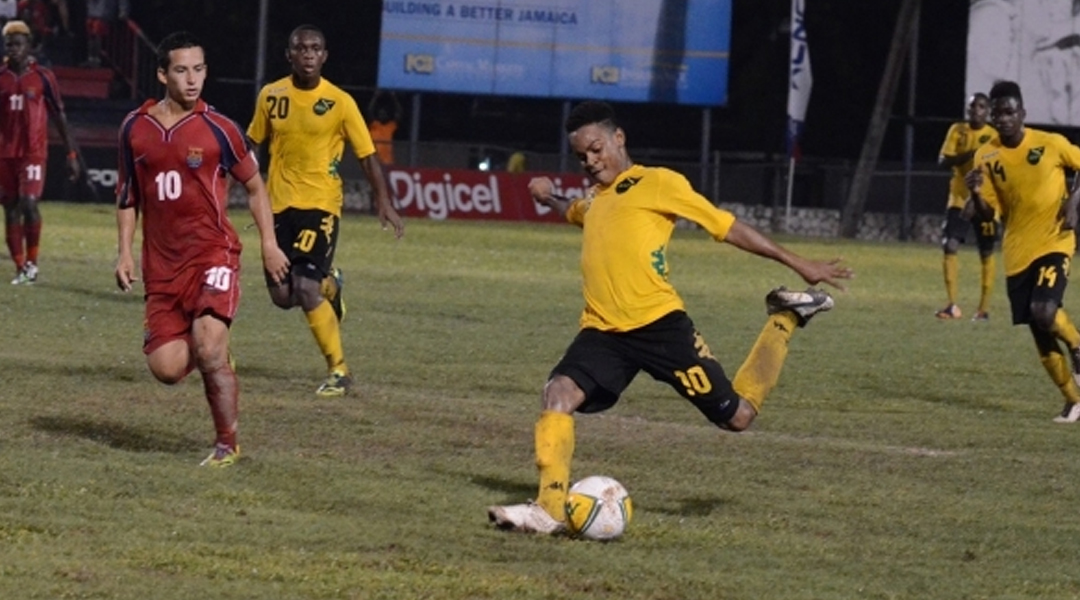 UPDATE: Alex Marshall has confirmed with Northern Tribune that he will be heading to Halifax Wanderers FC. The original posted was based on a rumour by Thomas Nef.

Jamaican international Alex Marshall seems to be heading for the Canadian Premier League after having spent the last year searching out an overseas move.

Today, independent journalist Thomas Nef has claimed that the 21-year-old attacking midfielder will be announced by the Halifax Wanderers in the near future. When contacted, Marshall has indicated to us that the rumour is true.

The Kingston-born footballer has accumulated eight appearances for the Jamaican national team after making his debut in a 2017 friendly against Trinidad and Tobago. He has spent his professional footballing career with Cavalier SC in the Red Stripe Premier League, where his contract status is currently unknown.


While the club has yet to comment on the signing, Alex has taken to following the Canadian Premier League and several CPL clubs on Instagram ahead of the increasingly likely move.

The 22-year-old has been openly searching for an overseas gig over the course of the last year, having had two unsuccessful overseas trials. His most recent trial saw him head over to Greece for a month, but he was reportedly unable to lace up for the team he was supposed to trial for.

He was dropped from the Jamaican national team during the 2019 Gold Cup, but then rejoined the Reggae Boyz for their late 2019 CONCACAF Nations League fixtures.

Halifax Wanderers President Derek Martin promised fans that a higher pedigree of players would take to the pitch for the club in 2020, and the signing of a young Jamaican international footballer would certainly fit that bill. The Wanderers have also brought in Alessandro Riggi and a few other attacking acquisitions, suggesting that Hart is making moves to bring in more attacking-oriented players that will align with the playstyle he wants to instill.

After finishing dead last in the fall season, the east coast Canadian Premier League side parted ways with the majority of its roster, clearing way for a drastic overhaul. Still, a few familiar faces like Christian Oxner, Akeem Garcia, and fan-favourite Peter Schaale (among others) will be returning for the 2020 season.

Marshall would be the fifth brand new signing of the club behind Alessandro Riggi, Ibrahima Sanoh, Omar Kreim, and Aboubacar Sissoko. He would be the first brand new international signing to join the Wanderers for the 2020 campaign.

The Halifax Wanderers declined to comment regarding the player’s supposed signing.


Nef has been quite busy reporting on potential signings of late: shortly before posting about Marshall, he stated that FC Edmonton had signed a Swedish midfielder named Erik Zetterberg. In the last few weeks, he has also reported that Michael Petrasso will join York9 FC, and claimed that Pa-Modou Kah will join Pacific FC as head coach.

While none of the signings have been made official at the club level as of yet, there are certainly signs suggesting that they’re likely to come. To that end, the Halifax Wanderers have not yet commented on the rumoured signing of Alex Marshall – though with the player himself confirming it, it would be quite the surprise if it didn’t come to fruition.