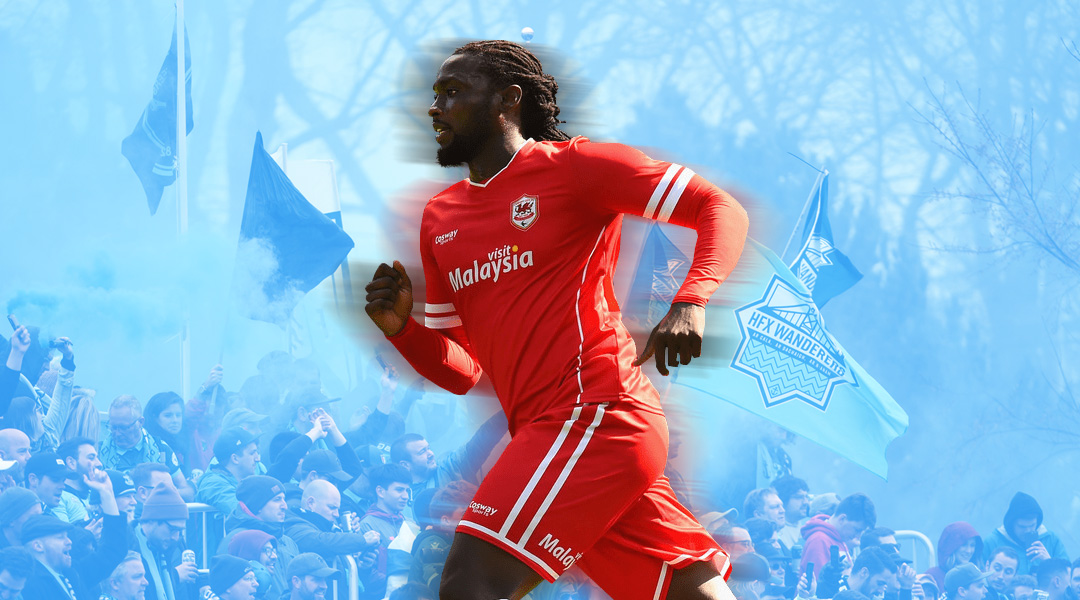 When Stephen Hart signed on to be both general manager and head coach of the Halifax Wanderers, he had a lot on his plate: the new club had to assemble a squad from nothing, establish itself in city, and build a staff that could help the East Coast club survive a rigorous travel schedule.

For that, Hart would need to have some veteran professionals in his team. So, the 59-year-old made good use of the connections he made from his time with the Trinidad and Tobago national team: he signed Jan-Michael Williams and Elton John, along with younger international players like Akeem Garcia and Andre Rampersad.


As it turns out, there was very nearly a fifth player from Trinidad and Tobago, too. Prior to the league kicking off, Stephen Hart tried to sign another member from the national team. He had ample experience in the Premier League, and scored more goals for Trinidad and Tobago than Dwight Yorke. That man was none other than Kenwyne Jones:

I actually tried to get Kenwyne Jones. I thought that would have been massive. To have a player that was in the Premiership. […] Kenwyne said ‘I’d love to play for you, but I need surgery and I’m not willing to go through all of that’.

Jones had spent nine years playing in the Premier League, where his acrobatic goal celebrations made him a staple figure for the likes of Sunderland (in the club’s better days) and Stoke City. Kenwyne had last played for Atlanta United in 2017, where he was released after the club’s inaugural Major League Soccer campaign concluded.

Jones retired nearly two years ago, so it would have been a great shock to see him go full Landon Donovan and return to the professional scene, especially in a league with turf fields. The situation sounds similar to the early-year rumours that Diego Forlan was interested in playing in the Canadian Premier League, which later turned in to rumours that he was simply interested in establishing a soccer club in North America. Forlan retired earlier this week.


In any event, Jones is certainly a figure that would have added a good star factor for the league. That being said, the comparatively-young Canadian Premier League seems to be doing just fine with a strong focus on youth: players like Tristan Borges and Nico Pasquotti have largely impressed, prompting plenty of speculation that the duo are now on club radars overseas.

Forge FC reaching the CONCACAF League Round of 16 may also help turn a few new heads onto the league, which is also represented by Cavalry FC in the Canadian Championship semi-finals.

Stephen Hart eventually assembled a squad of 23 players without the addition of Jones, though he says the quality of the Canadian Premier League still catches him by surprise. It’s a testament that has been echoed by some of the Canadian national team members he used to coach, and current members of the national team as well.


The Halifax Wanderers currently find themselves in fifth place out of seven in the fall season standings. The club went through a stretch of five away games in a row, travelling an astounding 18,582 kilometers in the span of 16 days. Hart was unable to accrue any league points from the trip, bowed out of the Canadian Championship quarter-finals, and had to send players home early due to injury and fatigue.

The club’s first match back at Wanderers Grounds would see Hart collect three points after defeating ten-man Valour FC. Today’s home game against Cavalry FC will be the last match for Peter Schaale, who is set to return to Cape Breton University to finish his last year of studies as a full-time student. It’s expected that the German defender will get a great send-off from a packed home stadium crowd.

Wanderers Grounds has consistently sold out regardless of weather, a feat which has provided a boisterous atmosphere for the home side. The ownership group is currently considering expanding the stadium, and it’s easy to see why: Halifax is a city hungry for professional sports. Jones or no Jones, fans are eager for more.