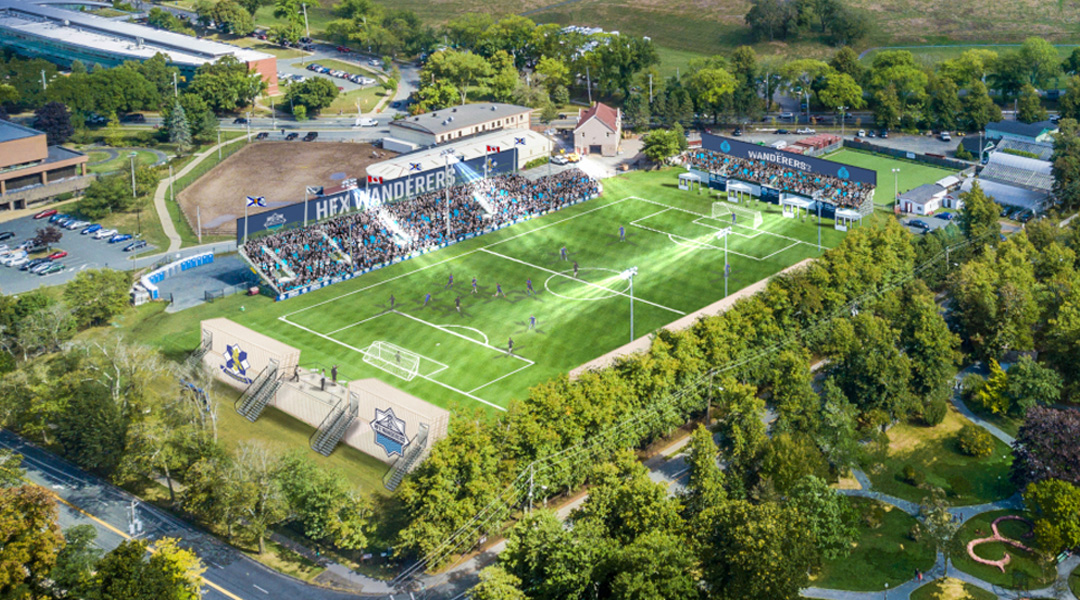 The Halifax Wanderers have released a statement regarding a post-match altercation that took place between a small number of fans and stadium security following the club’s one-hundredth game on Monday.

The incident had quickly gone viral on east coast social media, with a fan-uploaded video showing an altercation between stadium security a spectator who was dragged down the steps and ejected from the venue in what appeared to be a hostile confrontation.

The incident took place in Section 108/109 of ‘The Kitchen’, the rowdy supporters group section of the oft-packed Wanderers Grounds – and normally a friendly, positive environment.

The Halifax Wanderers formally acknowledged the incident that took place on Labour Day, stating that it was ‘unacceptable and not consistent with the safe, respectful environment’ that the club strives to uphold. Following the incident, some changes have already been established.

“Win, lose or draw; we must ensure that interactions between our fans and our stadium staff remain respectful,” said Halifax Wanderers President Derek Martin. “We will keep a close eye on how those changes impact the stadium environment and continue to evolve these policies as needed.”

The club has taken action quickly to address concerns, hosting a meeting last night that involved club officials, the head of stadium security, and representatives from supporters’ groups such as the Block 108 Ultras and Privateers 1882, with the club describing the talks as positive.

The Wanderers have has now established an official chain of communication between security and supporter leadership on matchday that includes designated points of contact to address concerns, along with periodic meetings for supporters’ group leadership to voice any concerns with the team and go over club communications.

These steps will hopefully de-escalate situations before they got to the point of what fans witnessed on Monday.

The Halifax Wanderers are currently second from the bottom in league standings amidst a tough campaign that sees them edging ever closer to playoff elimination. At the start of Monday’s match, a banner stating ‘You Quit So I Quit’ had been hung from some stadium rails before security had asked for its removal.

The altercation sparked speculation that the fan was removed after placing the banner back up at the end of the game, though a spokesperson for Shadow Security told NS Buzz that the fan from the altercation was not removed for the sign.

While it’s clearly unfortunate that such an incident took place, the speed in which discussions between all parties involved took place is heartening. Of course, the impact of the changes has yet to be determined.

The Halifax Wanderers will be back in action this Saturday as they host an in-form Valour FC side. It’ll have big ramifications for both club’s playoff hunt, though we imagine there’ll be plenty of eyes on how security and the supporters’ groups interact, too.