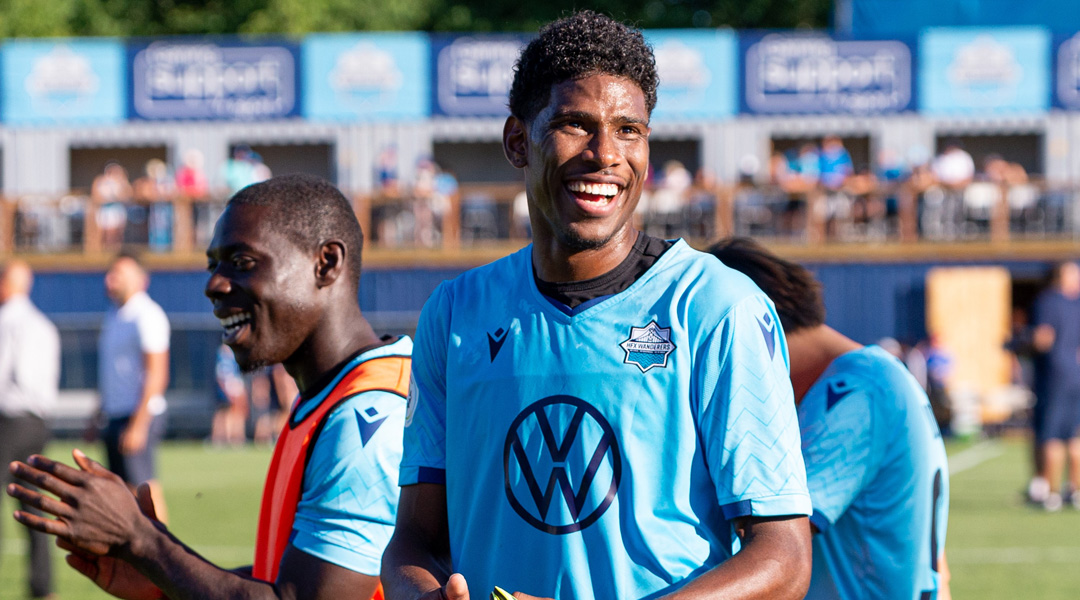 The Halifax Wanderers have announced that midfielder Andre Rampersad will be returning for the club’s 2020 Canadian Premier League campaign. He becomes the third player to confirm he’ll be staying with the club, with the club’s retention of Christian Oxner and Akeem Garcia having been announced last week.

Earlier this month, Halifax Wanderers President Derek Martin revealed that the club would be slowly announcing player signings throughout the coming weeks, with around fifteen players expected to be confirmed by January.


Rampersad, who is currently back home in Arima, is evidently excited to return to the east coast club when preseason begins next March:

It’s an awesome feeling to be honest, I already miss Halifax. I miss the soccer too and the fans there are the love of my heart, so I’m excited to come back.

The 24-year-old box-to-box midfielder has been one of the brighter sparks of a Wanderers side which finished the fall season at the bottom of the league table. He finished the inaugural campaign with 25 appearances, with his only goal stemming from the club’s only league away win of the season, a 2-0 victory over York9 FC.


Rampersad came to the Wanderers by way of a recommendation from assistant coach Derek King, who was impressed by the midfielder’s championship run with FC Santa Rosa a year prior, where he played alongside Akeem Garcia.

He showed promise every time he played but as the season went on and he started to become more comfortable, he showed the freedom to bring his qualities to the games.

For 2020, Rampersad set a goal for himself to improve his offensive performances. Having yet to score a goal in front of The Kitchen, one can only imagine that such a feat remains firmly on his bucket list.

Rampersad becomes the second international signing to confirm that he’ll stay for the 2020 season. The club has confirmed that with Oxner as the starting goalkeeper, it will refrain from using an international roster spot on former Trinidad and Tobago Captain Jan-Michael Williams, though the club is keen to keep him on as a goalkeeping coach.

Halifax Wanderers did not disclose the length or financial details regarding his contract.