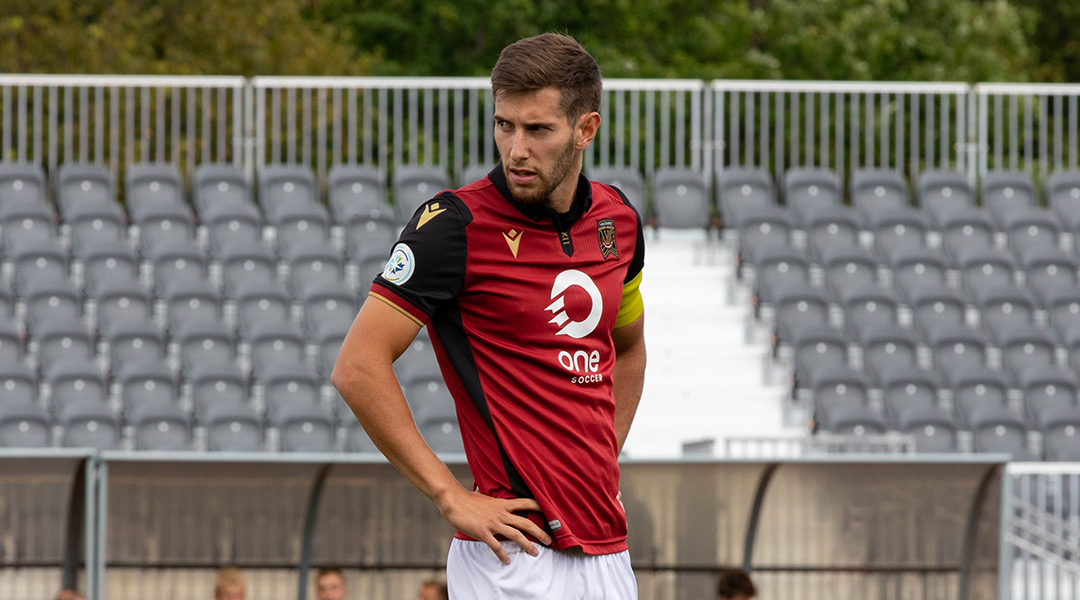 After more than two week of rumours first started by TSN 690 Montreal’s Tony Marinaro, Winnipeg-based reporter Mahith Gamage is now claiming that Valour FC midfielder and former Montreal Impact man Louis Beland-Goyette has put pen to paper on a one year contract with the Halifax Wanderers.

Earlier this week, Mahith had reported that the Winnipeg-based club was in the midst of several transfers – more outbound than inbound – which included another intra-league transfer in the form of Michael Petrasso moving to York9 FC, which was also stated by freelance journalist Thomas Nef.


The 24-year-old centre midfielder made 23 appearances under Rob Gale throughout the inaugural Canadian Premier League season, though he missed the tail end of the fall campaign after picking up a knock against the Nine Stripes in September.

Beland-Goyette is represented by OBELISQ, an agency based in Montreal. The company also represents recent Halifax Wanders signings Aboubacar Sissoko and Omar Kreim, along with current free agent Maxim Tissot.

While the Canadian Premier League has yet to expand into the province of Quebec, it may just be an under-utilized space that Wanderers head coach Stephen Hart is looking to capitalize on for his east coast club.

Winnipeg Free Press reporter Taylor Allen also sounded off that he wasn’t surprised to see Beland-Goyette on the move after having a discussion with the midfielder at the end of the inaugural Canadian Premier League season.


Beland-Goyette had previously captained the side and was seen as a leadership figure in a CPL side which struggled with character issues. Should both Beland-Goyette and Petrasso end up suiting up against Valour FC next year, Rob Gale will need to bring in some capable replacements if the club is avoid finishing dead last in the spring season once again.

Neither Valour FC nor the Halifax Wanderers have commented on the rumours so far. Whatever happens, Rob Gale stated that fans can expect at least half of the inaugural Valour FC roster to stay.