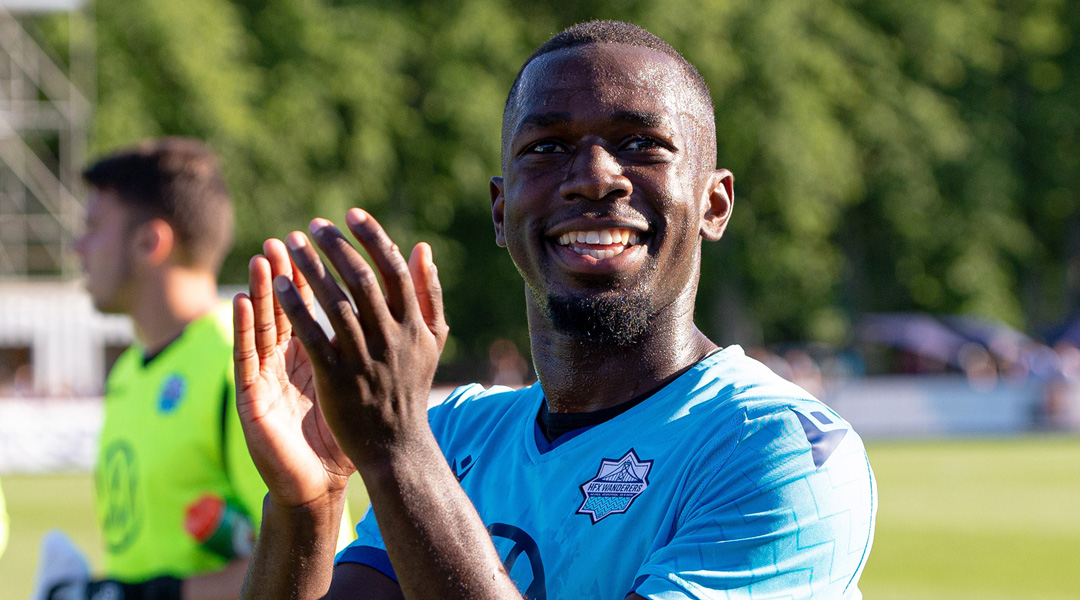 After making eighteen appearances in the inaugural Canadian Premier League season for the Halifax Wanderers, Chrisnovic N’sa has agreed to extend his stay at Wanderers Grounds for at least another year.

The club announced the re-signing of the 20-year-old defensive player today. N’sa becomes the ninth confirmed squad member for the club’s 2020 roster.

He plays without fear and has a huge capacity to play through the 90 minutes at the same pace from the opening whistle to the end of the game.

The Montreal Impact Academy product proved himself to a versatile player in his first year of professional first-team action: Hart deployed him defensively on all flanks, and also had him playing as a defensive midfielder on occasion.

The Canadian Premier League requires that each club has no less than three domestic U-21 players on their roster. N’sa becomes the club’s second such player after 18-year-old midfielder Scott Firth re-signed last month.


The Wanderers have brought back six players from the inaugural squad, including the likes of Christian Oxner, Akeem Garcia, Andre Rampersad, Alex de Carolis, and the aforementioned Scott Firth.


In addition to them, both Jake Ruby and Cory Bent are slated to trial with the club after being selected by Stephen hart in the CPL-U SPORTS Draft. With preseason not beginning until March 2020, their contract statuses won’t be known until closer to the season’s start.

The Halifax Wanderers also teased that more player signing news would be coming in the near future, so fans likely won’t have long to wait to see how the club’s 2020 roster continues to shape up. Club President Derek Martin has said that a higher pedigree of players would be taking to the pitch next season.

Financial details regarding Chrisnovic’s new contract were not disclosed by the club.