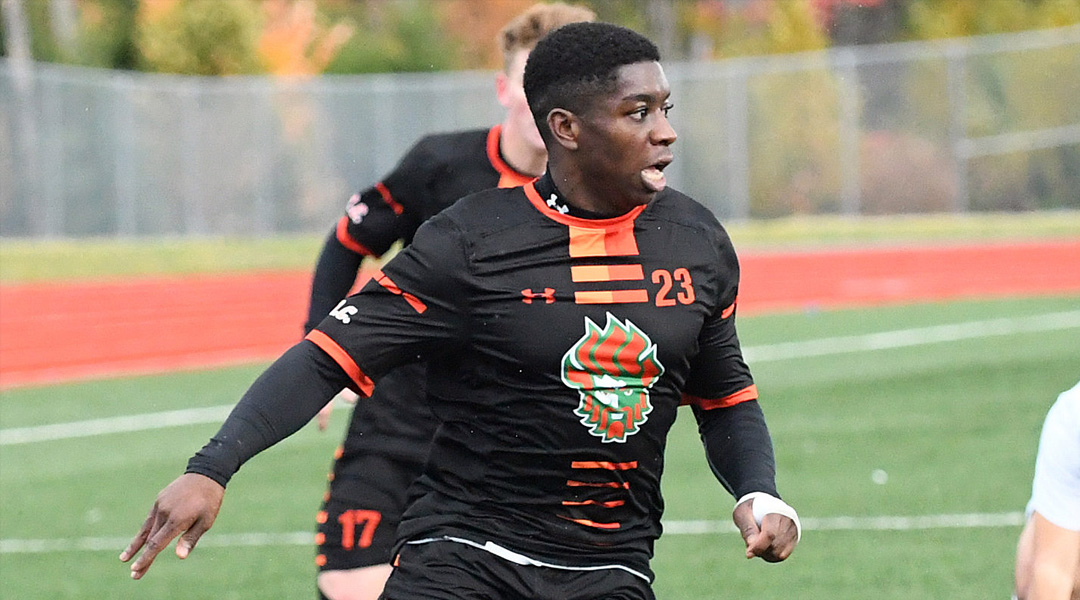 The number one CPL-U SPORTS Draft pick has put pen to paper to make his developmental contract official: English forward Cory Bent has come to terms with the Halifax Wanderers.

The Preston North End academy graduate will count as a domestic signing by virtue of arriving through the CPL-U SPORTS Draft. Bent had consistently impressed for the Cape Breton Capers over the last four years, registering 24 goals and 8 assists during his 36 appearances for the side.


The top overall pick will now be fighting for a spot in a Canadian Premier League side which underwent a massive roster overhaul this offseason, with Bent representing the thirteenth brand new face signed by Stephen Hart ahead of club’s second-ever season.

It’s a feeling of relief and gratitude that through all the hard work I’ve now been able to achieve a dream of turning professional and I’m just grateful to represent the East Coast again. Playing for Cape Breton has been great for me and after that I didn’t want to go anywhere else, so I’m just really happy to be in Halifax and I’m excited to learn from the coach and the players here and get going as soon as we can.

Bent was in the midst of his trial with the Halifax Wanderers when all sanctioned CSA soccer activity was suspended due to the COVID-19 pandemic. When it happened, he was competing for a roster spot against NCAA athlete Will Baynham, who the club has remained silent on in the interim. Ever since then, Bent has been staying positive while the Canadian sporting scene waits to return:

It’s hard on everyone but I think everyone understands the severity of the situation and we are staying connected as a team to be ready when we get the green light.

When the Wanderers signed Brazilian duo Joao Morelli And Eriks Santos back in late February, the Canadian Premier League side said that its full contract roster signings were complete. At that point, the club only had 19 players on the books, leaving ample room for potential CPL-U SPORTS draft picks like Cory Bent and Jake Ruby.

While the Wanderers struggled with injuries and a tough travel schedule last season, a more balanced scheduled due to the arrival of Atletico Ottawa should help ease those difficulties for the side this time around. With three roster spots still left unused, Hart is banking that he’ll still have enough depth as a result of these new factors.


Like last year, the CPL-U Sports Draft picks appear to be the final roster additions announced by any club – in fact, Bent has become the first pick of 2019 to earn a developmental contract offer, while clubs like York9 FC have opted not to signed either of its draft picks in the end.

Bent arrived to training camp in early March with some existing familiarity of fan-favourite Peter Schaale, who himself went as he fifth overall pick of the 2018 CPL U-SPORTS Draft. The duo played alongside eachother at the Cape Breton Capers, conquering four consecutive conferences and three national medals.

I think the fans will love him. He has that desire and passion for the game and fighting quality, so he has certainly looked the part. I think he has all the qualities to step up to this level, he’s very fast and he is very direct. He can also play on the right or on the left wing and anywhere across the front-line which is extremely helpful.

Hart had previously described Bent as a penetrative player capable of directing play, so it’ll be interesting to see if he can break into what appears to be a much more attacking-oriented Wanderers side for the club’s next season. The club has brought in an increased pedigree of talent ahead of its next campaign, signing players like Louis Beland-Goyette, Daniel Kinumbe, and Jamaican international Alex Marshall, among others.

With Hart having now assembled a squad which looks like a solid overall improvement on paper, it’ll be interesting to see how the east coast side fares when the fledgling league is able to resume play in a post-pandemic environment – though only time will tell when such an event occurs, and what shape the season will take.

Canadian Premier League commissioner David Clanachan has stated that the league is looking at several different possibilities for when public health officials give the league the green light, one of which is the possibility of a modified season taking place in an as-yet-undetermined province.

Halley Ready To Bring His Versatility To York9 FC