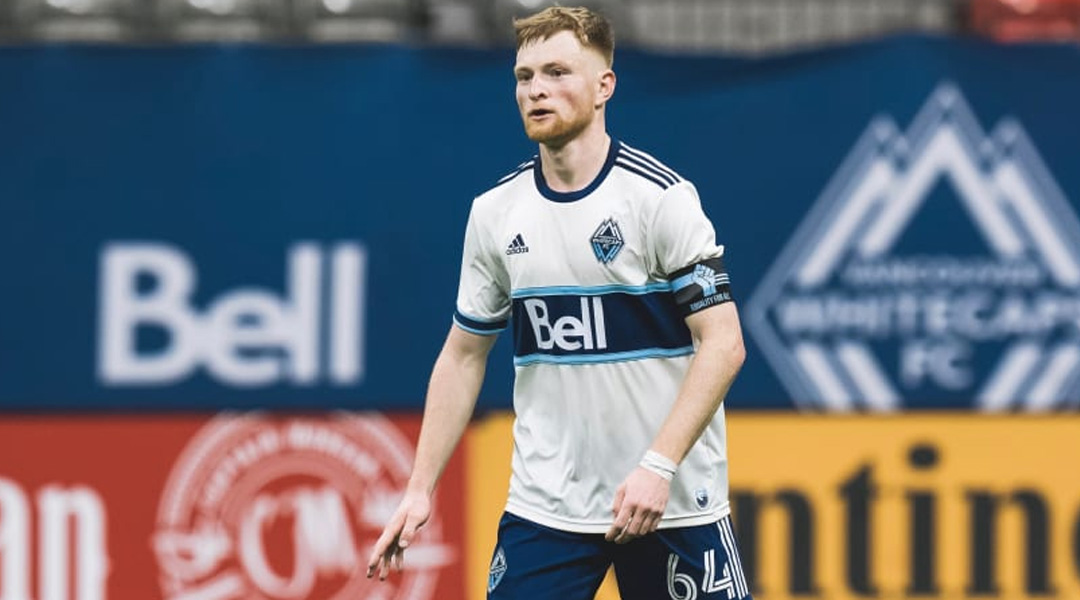 The Halifax Wanderers have captured a highly-touted replacement for Mateo Restrepo, adding defender Cristian Campagna on a deal that runs through 2023 with an option for a further year.

The 20-year-old arrives after making 19 appears for MLS NEXT Pro side Vancouver Whitecaps 2, where he’s donned the armband at Swangard Stadium.

While his contract with the ‘Caps was set to run through the calendar year, his former side released him to pave way for his new chapter out east.

The ball-playing defender has been invited to several of the most recent national team camps, where John Herdman placed the youngster against the likes of Alphonso Davies.

“The fact he is trusted as a regular member of that group, at a pivotal time in preparation for the World Cup speaks volumes for his abilities and character,” said Wanderers Sporting Director Matt Fegan. “From a young age, Cristian was surrounded by quality professionals, and he carries that experience into how he conducts himself as an individual.”

He won’t be the first of his family to step onto a CPL pitch, with his brother Matteo Campagna having undergone a loan spell with York United last year.

The Wanderers have made a flurry of midseason adjustments following the departure of Restrepo and a pair of U SPORTS youngsters, with the club adding Gabriel Escobar, Nassim Nouajaa, Adisa de Rosario, and Owen Degelman over the last week.

“It’s certainly been a busy couple of months preparing for these changes, strengthening the squad in key areas and building not only for now, but with an eye on the future,” concluded Fegan. “We have attracted players from all three Canadian MLS teams and worked in collaboration with those clubs to provide excellent next steps in the careers of these young Canadian players. Now they each have a chance to develop their abilities with us and we are proud they chose Halifax to continue their own professional football journeys.”

It’s those kind of defensive lapses that Campagna looks like he could certainly have altered the course of.

Cristian Campagna is currently en route to Halifax, but won’t be available for tomorrow’s match against Pacific FC.