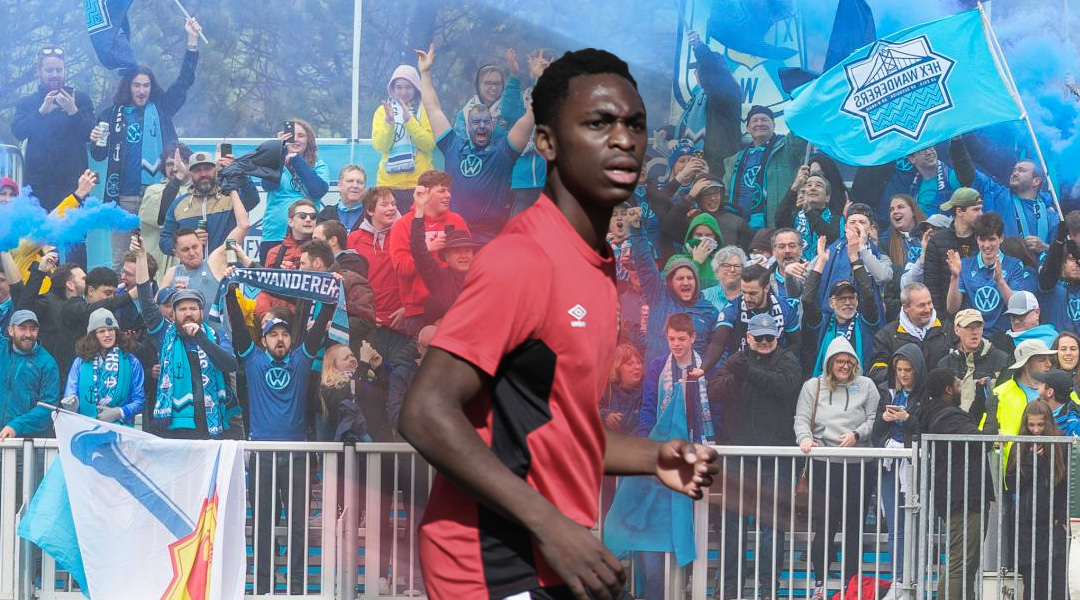 The Wanderers had teased a new player announcement yesterday, with many astute readers piecing together the presence of an Impact logo and the outline of Israel to determine that today’s signing would indeed be the young left-back.

Raised in Sherbrooke, Kinumbe was a product of the Montreal Impact Academy and spent the 2018 season on loan with now-defunct USL side Ottawa Fury, though his playtime in the nation’s capital was quite limited. The youngster signed a homegrown contract with the Impact last year, but had his season derailed by a knee injury that required surgical intervention. With his 2020 option declined by the Impact, he now finds himself landing in the Canadian Premier League with something to prove.


The five-foot-eight full-back had kept an eye on Canada’s domestic league last season, which makes sense given that he knows several players around the league. Kinumbe was a member of the Canada U-23 squad at the prestigious Toulon Tournament in 2018, where he played alongside current CPLers like Noah Verhoeven and Yohan Le Bourhis, along with former Pacific FC defender Emile Legault.

I feel good about the club, I saw a few games last season and I really loved the energy of the crowd in Halifax.

Kinumbe is hardly the first player to find himself enamored with the atmosphere at Wanderers Grounds, with recent signing Louis Beland-Goyette also declaring that it’s an atmosphere one can’t find anywhere else in the league. It’s likely the reason why several Toronto FC players were hoping for an away trip there in the Canadian Championship.


Hart described his latest signing as a hard working professional who can do his duties at both ends of the pitch, though it remains to be seen how he stacks up to league-leading left-backs like York9 FC’s Diyaeddine Abzi, or the Wanderers’ 2019 starting left-back in Alex de Carolis.

He’s very dynamic, he’s solid defensively and his main quality is his ability to get forward, he’s a very modern full back. In the games I’ve seen him play he’s contributed goals and assists which gives a different dimension to us. His energy levels are very good and he works extremely hard so that’s quality that you want and he can play further forward if required and that gives us a bit of depth.

In the inaugural campaign, the left-back position was firmly deputized by de Carolis. It remains to be seen whether Kinumbe will be challenging him for that spot, or if Alex may be deployed in another position. At his former club Umea FC, he showed he was capable of playing as a centre-back, and that gives Hart options.


The move will see Kinumbe reunited with Chrisnovic N’sa, whom he knew from his days at the academy. Stephen Hart has brought in a string of former Montreal Impact players this offseason, with both Louis Beland-Goyette and Alessandro Riggi having had spent time with the MLS side. Like Kinumbe, Riggi missed the last year through injury and will be hoping that getting minutes at the Wanderers can bring a return to form.

The fact that Halifax is only a two-hour flight away from home was a nice bonus for Kinumbe, too.

I talked to the coach, he told me what he had in mind, and I liked it and the environment, and Chrisno told me it was a great environment so that was really appealing to me, and its close to home.

Kinumbe is the thirteenth signing that the Halifax Wanderers have made so far this offseason. The Canada U-23 talent is also the sixth brand new player signing the Wanderers have made after parting ways with the majority of its inaugural squad, with Hart making plenty of moves that indicate that the east coast club is aiming to up its goalscoring output in the 2020 season.

Details regarding the length of Kinumbe’s contract or his financial compensation were not disclosed by the club.