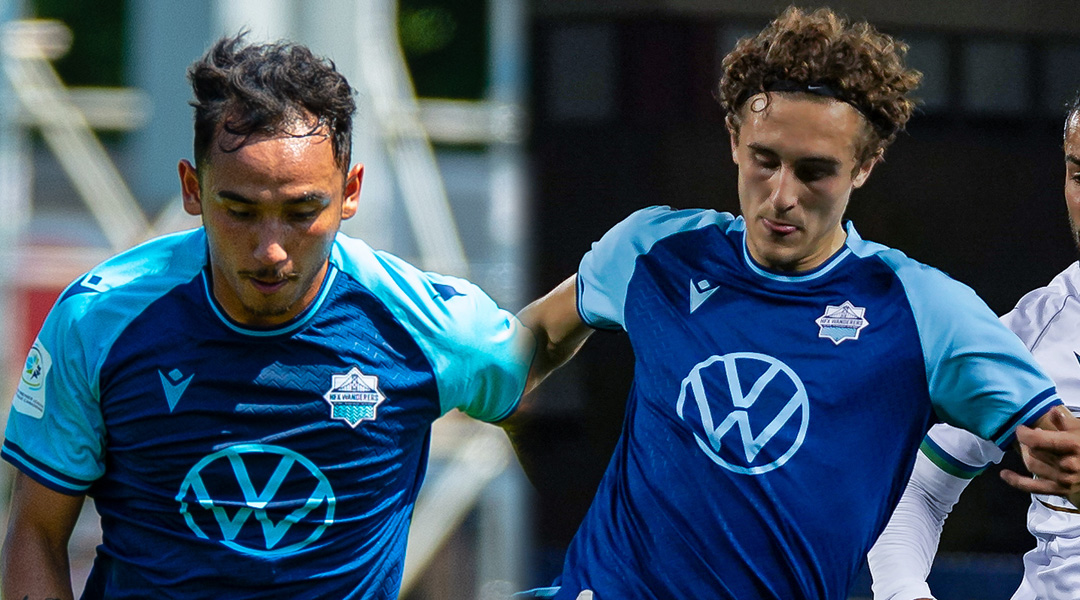 The Halifax Wanderers have continued to sign returning athletes to new deals, with the club now confirmed that midfielder Aidan Daniels and defender Jake Ruby have come to terms on new contracts that run through 2023 with club options for both 2024 and 2025.

The club’s most recent roster update shows that both players had their options exercised already, with the new deals seeing Halifax give themselves roster control and flexibility for the years to come.

Aidan Daniels had arrived to Halifax last year as the club’s number one transfer target, with the attacking midfielder making 23 appearances for the side in the time since. While he bagged two goals, there was a general consensus that he had more to contribute. New Halifax gaffer Patrice Gheisar has has faith that he will, recently telling From Aways that Aidan’s best days are ahead of him.

“Aidan is a young man I’ve known for some time and an elite midfielder with a high IQ,” added Patrice on the midfielder. “He is at the stage of being ready to take the next step for us, and we look forward to seeing him on the field and a key part of the squad in 2023.”

The 24-year-old has previously played for Toronto FC, Ottawa Fury, Colorado Springs Switchbacks and OKC Energy, having also represented Canada at the youth level. It’ll be interesting to see how the creative midfielder fares under the guidance of Gheisar, who certainly intends to put forth an attacking philosophy well-suited to the Scarborough native.

Defender Jake Ruby has been with the Wanderers since 2020, turning a U-SPORTS Draft opportunity into a fully professional deal. He’s made 35 appearances for them throughout all competitions, with his first professional goal coming against York United in 2021.

The Vancouver-born player played for the Victoria Highlanders before arriving to Halifax, and transitioned from right-back to centre over the last season. The club had already exercised Ruby’s option, with his new deal showing that the club is keen to see him progress out east.

“Jake is an adaptable strong defender with high motivation and the versatility to offer tactical matchups which will create advantages for us on the pitch,” stated Gheisar. “He’s young – but a veteran of the CPL at his age and will be relied upon for that experience as well.”

The Halifax Wanderers will see several more roster changes to come under new head coach Patrice Gheisar, who arrived from League1 Ontario side Vaughan Azzurri with a proven track recorded of attack-minded consistency.