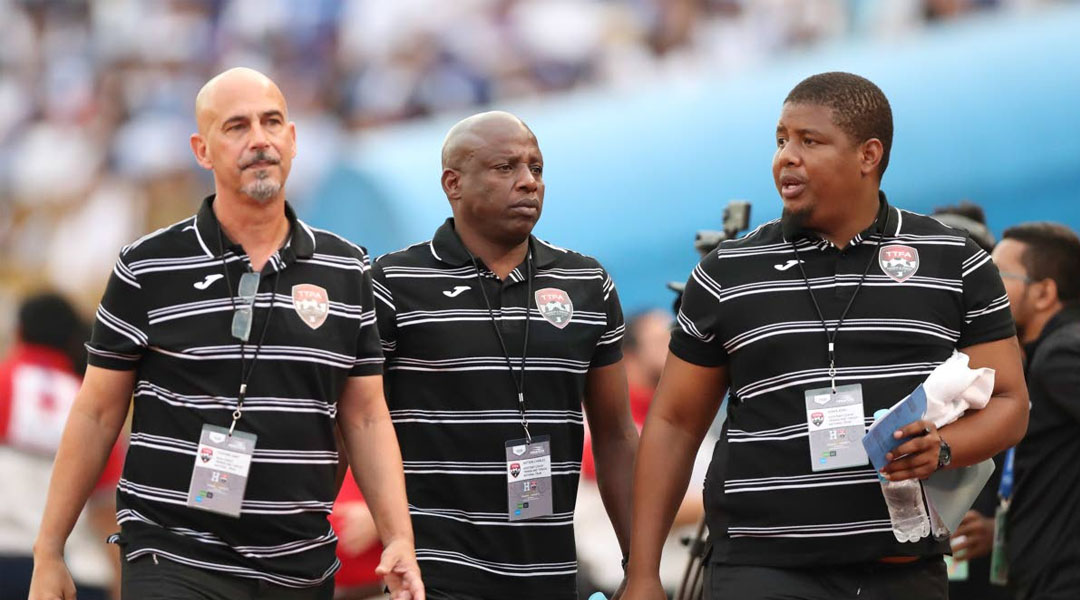 The 39-year-old assistant coach took to Twitter thanking the Wanderers board for allowing him to depart the club in order to re-join the Trinidad and Tobago national team, for whom he previously served through two Gold Cups. He had also once been the head coach of the nation’s U-20 side, where he led the youngsters to collect a Caribbean title in 2014.


The move comes amidst a staffing overhaul as former England international Terry Fenwick assumes head coaching duties just a month after the Trinidad and Tobago Football Association got a new president in former international William Wallace. Fenwick had earmarked Derek King to reprise his role as an assistant coach, and the Arima-born former international couldn’t turn down the opportunity.

I’ve known Terry for a number of years and I believe we will have the right combination fit as it relates to preparing our men’s team to take on the tasks that are ahead of us. I am truly looking forward to serving the country and the national team once again as we aim to get the country back on track.  I think our first task  is to  ensure we qualify for the Gold Cup.

King’s stint on the east coast of Canada came following a year coaching Trinidad and Tobago club FC Santa Rosa, where he recognized the talents of Akeem Garcia and Andre Rampersad, encouraging Hart to sign both of them ahead of Halifax’s inaugural season. With both players now re-signed and Garcia having earned a call-up for the Trinidad and Tobago national team this year, the recommendations were certainly put to good use.


King isn’t the only Wanderers coach to depart this season: Michael Hunter also left the club to pursue an opportunity in the private sector, with goalkeeper Jan-Michael Williams finishing his playing career and replacing him as goalkeeper coach on the Wanderers staff.

It is not immediately clear who will replace Derek King, whom thanked the Canadian Premier League club for allowing him to depart on fairly short notice to pursue the opportunity:

I really want to thank HFX Wanderers, Stephen Hart, Derek Martin, Matt Fegan, Rob Green and the wonderful fans of Halifax for embracing me during my time at the club as I felt at home. I’m grateful to them for  giving me their blessings to return to the Trinidad and Tobago team.

The Halifax Wanderers are in the midst of a massive squad rebuild after finishing bottom of the table in the fall season, with head coach Stephen Hart bringing in four brand new signings so far, the most recent of which is Alessandro Riggi. The club also parted ways with sixteen members of its inaugural squad, re-signing just seven players from its inaugural roster.

Hart, who himself had previously coached the Trinidad and Tobago national team, recently won a lawsuit which determined that the TTFA owed him 742,444 USD in unpaid wages, bonuses, and expense coverage. The beleaguered football association has faced several of such lawsuits of late.