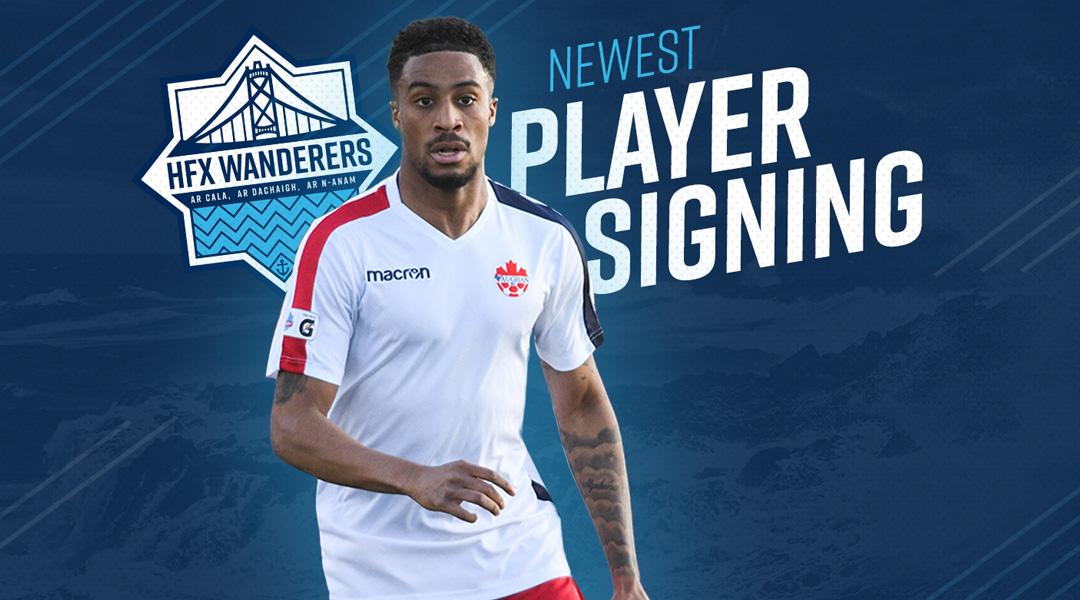 Last Saturday, German defender Peter Schaale played his last game for the Halifax Wanderers and left the club to finish his degree at Cape Breton University. This left Wanderers head coach and general manager Stephen Hart with a sizable hole in defense to fill, though the 59-year-old revealed that the club was already in discussions to sign Schaale’s replacement.

Today, the East Coast Club has announced that it has signed Duran Lee from League1 Ontario side Vaughan Azzurri. The 24-year-old Toronto-born defender says he’s delighted to have signed his first professional contract with the Wanderers:

It’s a fantastic feeling, you work hard for this every day and it’s finally come to fruition. I want to be a part of the tradition and history of this club .

There had been some speculation that Stephen Hart was looking at a player from Vaughan Azzurri, whom Hart had faced over two legs in the Canadian Championship. As it turns out, his performances against the Halifax Wanderers were exactly what earned him a one-way ticket to the east coast in the first place:

He was very consistent and I thought he dealt really well with containing Akeem Garcia. He was very aggressive in his defending. He reads the game well and he understands the position.

Upon the announcement of his signing, the 24-year-old defender gave credit to York9 FC gaffer Jim Brennan for helping him develop during his time with the Toronto FC Academy, and gave thanks to Vaughan Azzurri head coach Patrice Gheisar as well.

Duran is set to arrive in Halifax this Thursday, at which point he will complete his medical. The club, upon learning that he is named after ’80s band Duran Duran, is going to welcome him by playing ‘Hungry Like The Wolf’ upon his arrival.


One can only imagine that the Kitchen will have a similar reception when he makes his debut, though the Wanderers have a lengthy spell of time before its next home game. Since it’s August 21 game against Forge FC is postponed due to Forge’s progression in the CONCACAF League, the next match at Wanderers Grounds isn’t until September 2, when it hosts fall season frontrunners FC Edmonton.