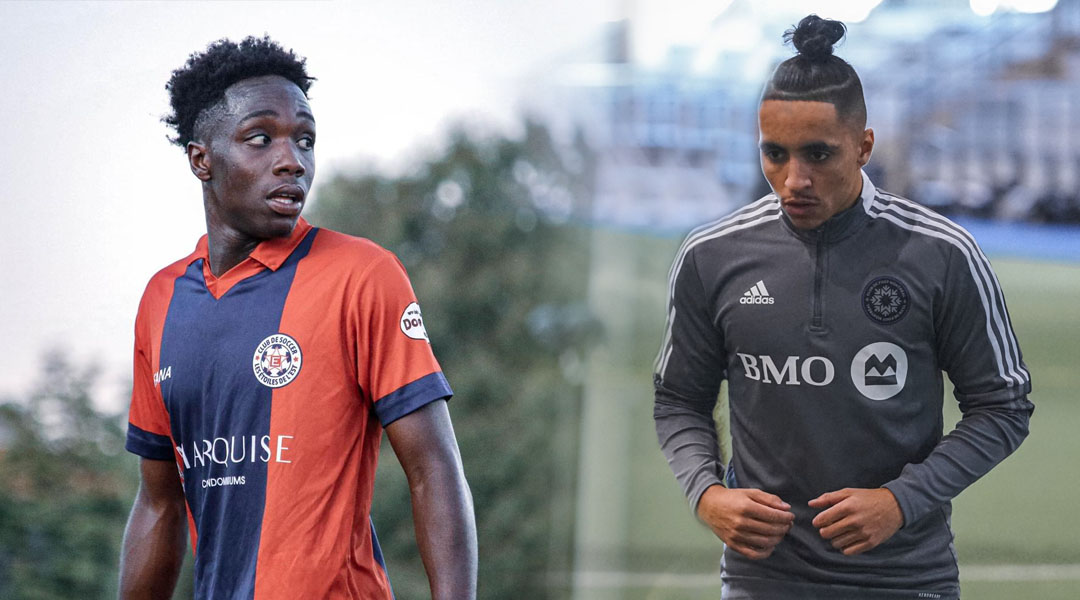 The east coast side has continued to lean further in on Quebec talent, signing both Zachary Fernandez and Obeng Tabi to one-year deals with club options for 2023 and 2024.

Fernandez arrives as a 20-year-old right back who has featured against the Wanderers in the past, with the former AS Blainville defender having featured in a 2021 Canadian Championship clash between the two sides.

Zachary is a player we have monitored for a while now. He is extremely impressive with his ability to get up and down the pitch, joining the attacks and taking care of his defensive duties.

The CF Montreal Academy product will inherit the number three kit left vacant by Morey Doner, with Fernandez revealing that his cup match against the Wanderers left him motivated to side with the team.

“The city of Halifax, the stadium, the crowd – the game was so nice,” he said, “it reminded me of when I was a child and this was what I always wanted.”

Tabi will fill the opposite left flank, with the 21-year-old full-back having impressed in NJCAA competition with Louisiana State University Eunice. Hart describes him as a signing with huge potential, with the side having specifically targeted a left-footed left-back with both pace and a propensity to join in on the attack.

It feels great because I’ve been working hard my whole entire life to get to this point. I’m very happy Halifax has given me this opportunity to start my professional career and I am looking forward to winning with this team.

Tabi will wear the number nineteen for the Wanderers, with both signings expected to compete for minutes right from the get-go.

Halifax Wanderers Sporting Director Matt Fegan says that both additions fill metrics that the club was looking to fill as part of its offseason plan, which has also led the club to sign its number one target in Aidan Daniels.

Our signings of Zach and Obeng show how we continue to invest in young Canadian talent. Both have shown they have the quality to compete at this level. We knew we wanted to add some full-backs who were not just attack minded but productive in their delivery and still strong in defense.

The Halifax Wanderers will be pushing to return to a playoff spot after narrowly out on such in 2021, with the east coast side keeping things consistent by retaining fifteen players. The side has also brought in former Rafa Benitez assistant coach Alejandro Dorado, with further player announcements expected throughout the next month too.

Zachary Fernandez and Obeng Tabi have signed to one-year deals with club options for 2023 and 2024. The financial terms of the contract were not disclosed by the Halifax Wanderers.