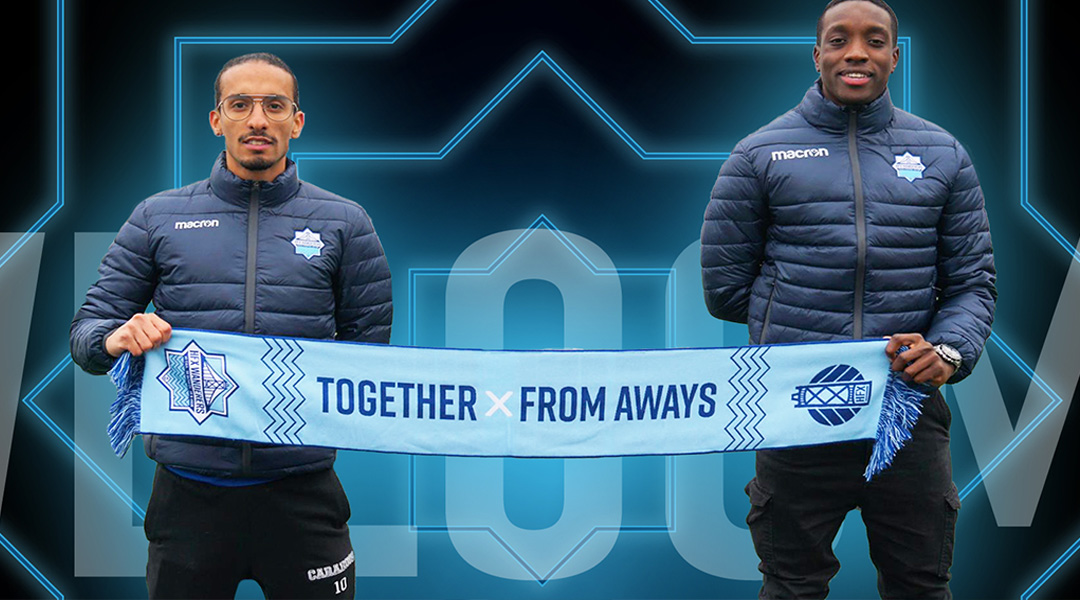 The first new brand new player signings for the 2020 Canadian Premier League are here, and one of them may sound familiar to fans who followed the first-ever CPL-U Sports Draft in 2018.

Today, the Halifax Wanderers have announced the signing of Montreal Carabins duo Omar Kreim and Aboubacar Sissoko, the latter of whom was originally drafted by Forge FC in 2018.


As graduating students, neither of them were eligible in the 2019 CPL-U Sports Draft which saw Stephen Hart pick up English striker Cory Bent and right-back Jake Ruby.

The duo helped the Carabins to a U SPORTS Men’s Soccer Championship title in 2018 and made the national final once more this year, but lost out to the UQTR Patriotes.


Former Forge FC draft pick Aboubacar Sissoko has plied his trade in the PLSQ for both CS Mont-Royal Outremont and CS Longueuil, with the defensive midfielder also previously making two appearances for the Mali U-20 squad.

This year, he laid claim to the U SPORTS Men’s Soccer Player Of The Year Award. As a permanent resident of Canada, the 24-year-old will not count as an international signing.

I’m very happy I chose the Wanderers and I really want to win with them. Everywhere I play, I play to win.

Kreim had impressed Stephen Hart by earning MVP accolades in U SPORTS action last year, where he played a big part in helping the Montreal Carabins pick up the 2018 U SPORTS Men’s Soccer Championship title.


The 24-year-old moved to Montreal from Morocco as a child, and trialed in Sweden before deciding to stay in Canada and pursue a university education. Hart described him as a dynamic midfielder capable of playing centrally or on either flank, with the ability to move up top as well.

York9 FC fans may have inadvertently what Kreim play already, as he also played for PLSQ champions AS Blainville this year. The club faced off against York9 FC in the first qualifying round of the Canadian Championship, with Kreim playing the full ninety in both legs. AS Blainville came minutes away from forcing the Nine Stripes to penalties before a late goal from Toronto FC loanee Ryan Telfer sent the CPL side through to the next round.

Like Aboubacar, Omar will count as a domestic player, too.

It’s really exciting, I know the city, I know the fans and I watched some games last year and I’m really excited to join the atmosphere and play on the grass pitch. I am a player who likes to dribble and make the final passes to set up goals. I’m a lefty and I also like to defend and run a lot and tackle to win the ball back. I just want to contribute to help the team win

Having played over 50 games together with the Montreal Carabins, the two will certainly know how the other thinks on the pitch – but whether both can break into the first team remains to be seen.

The duo are the sixth and seventh confirmed 2020 signings for a Halifax Wanderers side which has already announced the return of Chistian Oxner, Akeem Garcia, Andre Rampersad, Scott Firth, and Alex De Carolis.


The duo are also the first brand-new player signings of the 2020 Canadian Premier League season, since all of this year’s CPL U-SPORTS Draft picks still have yet to receive developmental contract offerings.

The east coast club has officially parted ways with five players so far, with Wanderers Club President Derek Martin promising that a higher pedigree of players will take to the pitch for the club next season.

Contract length and salary information for either player was not disclosed by the club.