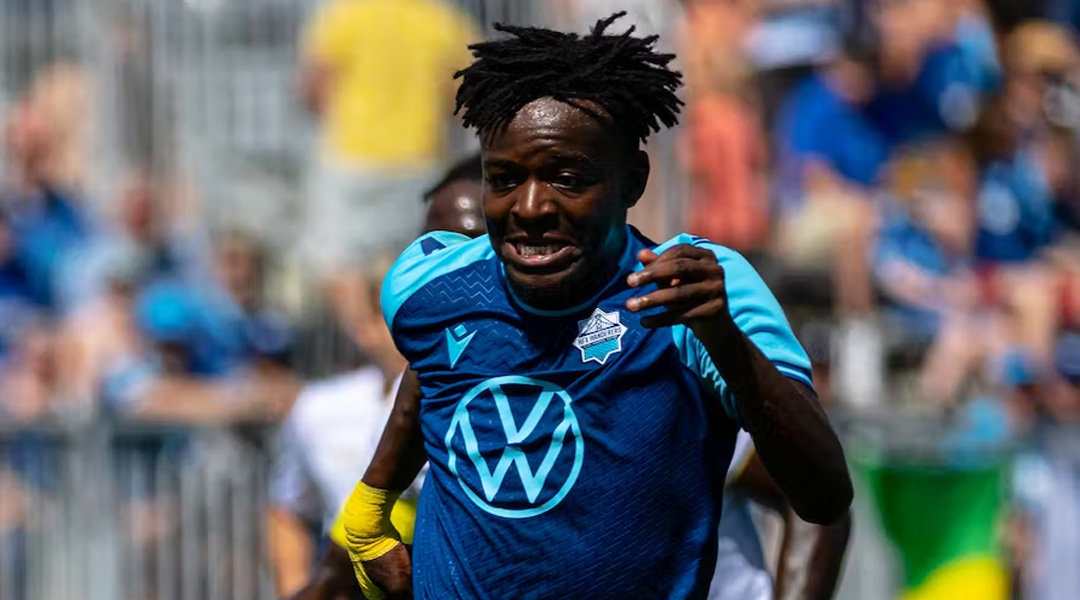 The Halifax Wanderers are sending Fumpa Mwande on a short-term loan to Newtown AFC through to February 28.

The 22-year-old English forward is no stranger to the Welsh Premier League side, having contributed sixteen goals and thirteen assists for them throughout 76 appearances.

He capped off his time with the side with a goal in a UEFA Conference League qualifying win over HB Torshavn in July before landing in Canada’s east coast on a multi-year deal. Mwandwe had a hot start with Halifax, contributing three assists in his first four matches and making twelve appearances in the season overall.

The English attacker developed through English League One side Shrewsbury Town, turning professional at the age of seventeen. The London-born athlete was loaned to Newtown AFC in 2019 and eventually signed with them in 2021.

“We’re delighted to welcome Fumpa back into the group. We understand his qualities and know how to get the best out of him. I’m sure he’ll have a positive impact on the second half of our season,” said Newtown AFC head coach Chris Hughes.

The English forward is contracted with the Halifax Wanderers through 2023 with a club option for a further year, with his short-term loan to Newtown AFC allowing him to get match fit ahead of the 2023 CPL season. He isn’t the only Wanderer staying sharp over in Europe, with Cristian Campagna currently with FC Nurnberg.

There’ll be plenty of new faces awaiting Mwandwe when he returns to Canada’s east coast, with new head coach Patrice Gheisar undergoing a significant rebuild as he seeks to adapt the team to be attack-minded, fluent attackers.

Newtown AFC currently finds itself in sixth place in Welsh’s top flight, 19 points shy of the top. Mwandwe’s short-term loan with the side will run through to February 28, 2023.