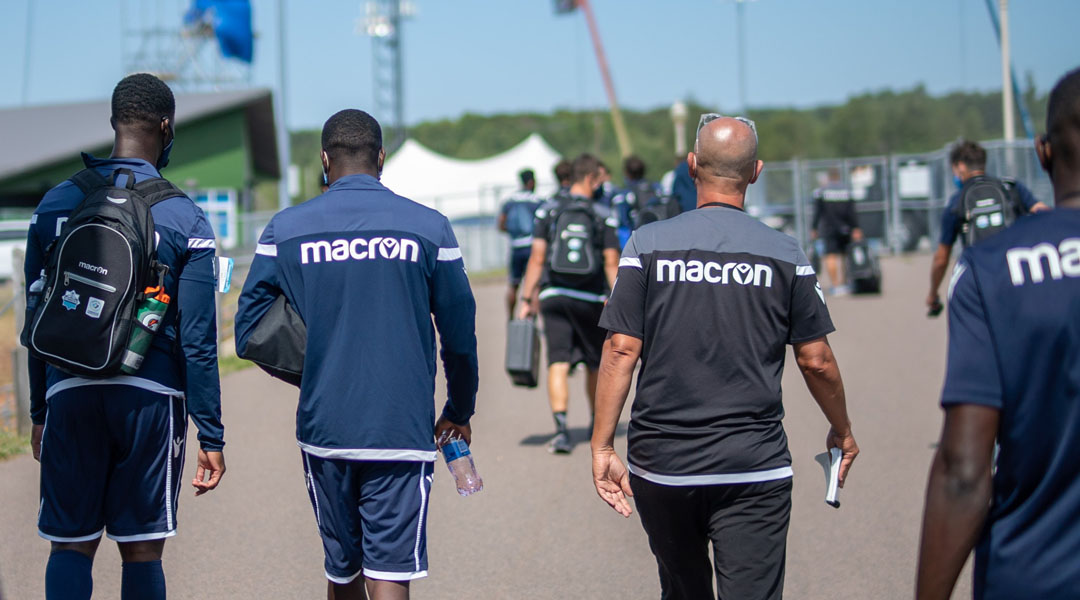 Speaking to members of the media head of tomorrow’s coast-to-coast clash between the Halifax Wanderers and Pacific FC, Stephen Hart didn’t mince words: there are a lot of unknowns ahead of his squad’s kickoff at The Island Games.

While the squad is physically fit, having a preseason without any exhibition matches means that the actual match fitness of each team at the tournament remains a big unknown that will only be revealed by competitive action.

I think fitness levels are good, however match fitness is the unknown. That again will remain to be seen, but then again you have to say to yourself ‘well, everyone is going to be in that situation’. If we manage the ball and the game well, it well help with our fitness. In terms of the contact and the challenges, it’s part of the game and you’re going to have to deal with it. There are so many unknowns in this entire tournament, that I’m going to be like you: I’m going to be doing a lot of observing, trying to figure out how to best manage the squad and rotate the squad, et cetera. Hopefully, we can come out of it without a lot of major injuries.

Last season saw the Halifax Wanderers struggle with both injuries and a tough travelling schedule, with the latter of these problems no longer being an issue in the bubble tournament. It’s not known if other players beyond Oxner are currently sidelined.

After falling to a last place finish at the end of 2019, Hart cut the majority of his squad and, on paper, seems to have brought in good replacements this offseason.

With international arrivals like Alex Marshall, Joao Morelli, and Jems Geffrard combining with some high-profile domestic signings like Louis Beland-Goyette, Alessandro Riggi, and Daniel Kinumbe, Hart has raised the pedigree of his squad around a returning set of core players, which include the side’s three captains for the Charlottetown-based tournament.

While Brazilian defender Eriks Santos wasn’t able to join the squad this year, Hart says he’ll play an important role in the 2021 season.


While the club gaffer wouldn’t reveal anything about his tactical plans for tomorrow’s coast-to-coast clash, fans can likely expect a more attacking Wanderers side that, as Hart suggests, are simply more polished than his inaugural squad was:

I can tell you from training that the team looks more capable in terms of depth in doing different things and giving the team a different look, in terms of our ball speed and how we’ve been playing it, it has looked far faster, far more cohesive, and then of course when the ball gets into those dangerous areas we seem to have a bit more variety.

Should Hart’s new roster prove capable of winning the North Star Shield this year, the squad will then face MLS opposition in a one-off Canadian Championship cup final, too. The news of the new domestic cup tournament format, Hart admitted, caught the players by surprise – though they’d relish the opportunity to represent the CPL in Voyageurs Cup action.

Yesterday saw the 2020 CPL season kick off with a heated match between Forge FC and Cavalry FC. The opening match saw five yellow cards handed out, though the general consensus was that it could have been more. Hart expects similar refereeing as the matchday officials get acclimated to the action, too:

I was a little surprised, to be honest. I thought they let a lot go. Really and truly, the referees are like players. They need to referee games to get their rhythm, to get it right, to get their vision and decision right. It’s not something you can just step on the field and do. It’s a tough job at the best of times. I think once they get a couple of games under their belt, they’ll tighten up on some of the tackles and stuff.

The Wanderers head coach says that since there are no scouting reports based on any of the rebuilt teams, the CPL sides are essentially going in to the tournament fairly blind when it comes to their opposition.

While there’s a lot of unknowns for ever team in the league, the answers for the Halifax Wanderers will start pouring forth this Saturday when the club kicks off against Pacific FC at 3:00PM EST. The match will be available live on both OneSoccer and CBC Sports.