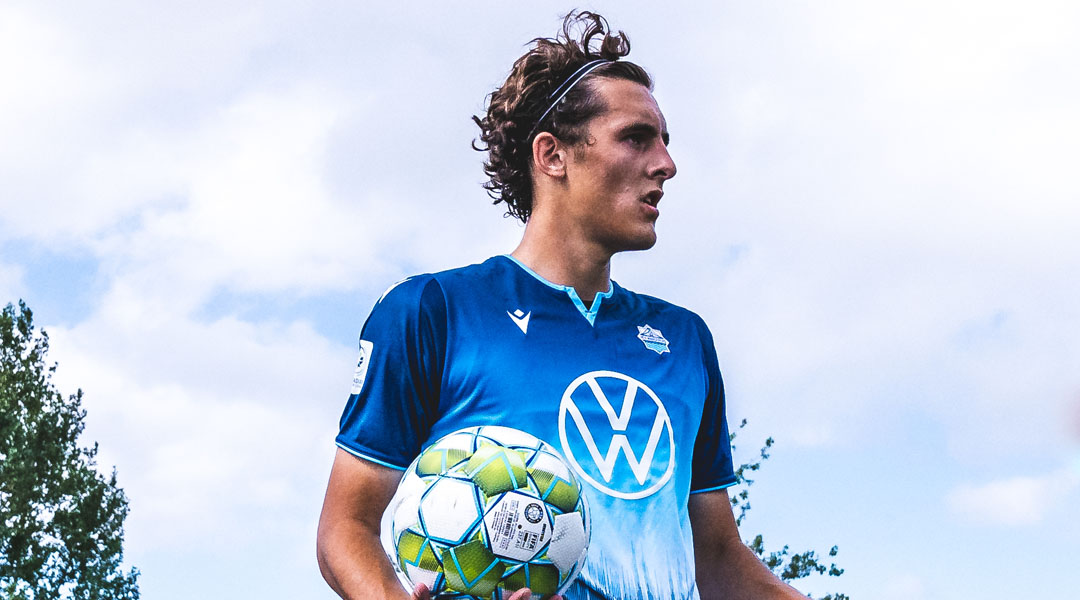 Ruby first arrived to the east coast side last July as the club’s final roster addition alongside Luke Green, with the Vancouver-born right-back going on to make eight appearances for the side, three of which came as a starter.

All of this came with Ruby on a developmental contract after having been selected earlier by the side as the last pick in the 2019 CPL-U SPORTS Draft. After impressing last year, he’s now earned a fully professional contract.

Signing on with Trinity Western, my goal was always to play professionally, so I was hoping it would open opportunities for me and that it would be a stepping stone to the professional pathway. Once the CPL-U SPORTS Draft was introduced, it opened that door for me to finally earn a professional contract.

Ruby featured more prominently in the group stage of the competition, securing 183 of 270 possible minutes of game time before riding the bench as the Wanderers fell to a 2-0 loss in a CPL Final against Forge FC.

The 20-year-old will provide competition for former York United full-back Morey Doner, who signed with the side this summer after former Wanderer Chrisnovic N’sa signed with the Nine Stripes.

The club’s latest signing had developed with the Vancouver Whitecaps Academy, representing Canada at the U-17 level. He also featured for the Victoria Highlanders during his time out west.

Now firmly settled on the east coast, he will continue his university studies while taking his first steps as a fully-fledged professional.

The east coast side has now signed 18 players for the 2021 Canadian Premier League season, with the Wanderers having announced rookie forward Samuel Salter last week. In January, the club brought in several fresh faces with the aforementioned Morey Doner arriving alongside Pierre Lamothe, Jeremy Gagnon-Lapare, and Kieran Baskett.

The financial details of Ruby’s contract were not disclosed by the Halifax Wanderers.