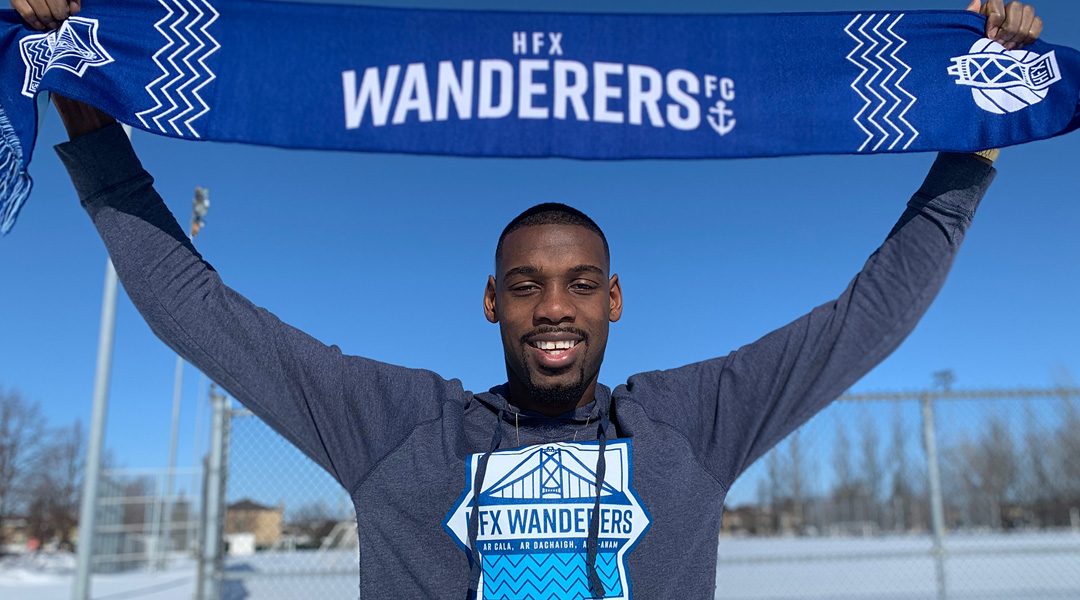 The six-foot-three centre-back arrives by way of Fresno FC in the USL, a side which dissolved three months ago in the midst of a re-location. Prior to that, he plied his trade overseas in Finland after departing from FC Montreal as a Montreal Impact Academy graduate.


Like many other players before him, Geffrard credited the consistent atmosphere at Wanderers Grounds as a big draw for the 25-year-old:

I’ve heard great things about Halifax. People have told me it’s the best city in the Canadian Premier League because the crowd and the fans are amazing and the pitch is beautiful.

For those counting, that’s the sixth former Impact Academy product to have signed with the Halifax Wanderers for the upcoming CPL season, with Geffrard joining the likes of Louis Beland-Goyette, Daniel Kinumbe, and Chrisnovic N’sa.

While he represents Haiti on the pitch, the left-footed centre back was born and raised in Montreal, and as such counts as a domestic signing.


Stephen Hart admitted that he had tried to sign Geffrard ahead of the 2019 Canadian Premier League season, but ultimately couldn’t make things work at the time – much like when he initially looked into signing Ibrahima Sanoh or even Kenwyne Jones.

Here’s what head coach Stephen Hart now has to say about his latest addition:

He’s a player that can bring his experience to the back line and to the dressing room. He has been outstanding for Haiti and he looks the part. He has a lot of physical attributes and of course he is good in the air and has good pace but most of all his defending is of good quality.

The 25-year-old has represented Haiti no less than 16 times, and was part of the country’s 2019 Gold Cup run which saw them provide a shocking upset over Canada. He’s the second Haitian international to join the Canadian Premier League after Valour FC’s Andrew Jean-Baptiste.

The Halifax Wanderers have now signed seventeen players to the club’s roster, with two CPL U-SPORTS Draft picks expected to fight for a place when the team begins preseason in March. The club states that a couple of signings are still to come in the near future.

The financial details of Geffrard’s signing were not disclosed by the Halifax Wanderers.