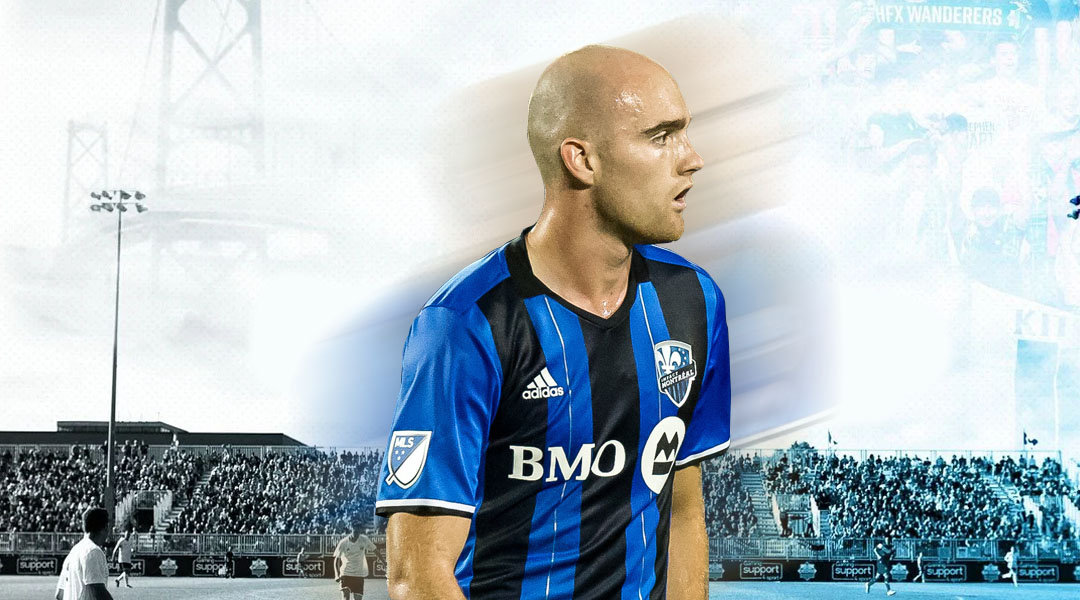 The Sherbrooke-born midfielder arrives on a two year deal with an option for 2023.

With over 100 professional appearances to his name – and five national team appearances – it’s fair to say that the versatile midfielder arrives as a fairly high profile arrival to Wanderers Grounds, where he’ll be a potential fill-in for the still-undecided Aboubacar Sissoko.

The former Ottawa Fury man has played all over the park, mostly finding himself deployed in central midfield and at left-back. Based on his early discussions with head coach Stephen Hart, he’s expecting to play a midfield role at Wanderers Grounds.

I know I can be deployed in different positions, the two main ones being centre midfield or left-back. I’m always ready for the coach wants to see me do, and so from our early discussions it was more about being in midfield.

Last year saw Gagnon-Lapare utilized as a left-back at Saint Louis FC, though his season was cut short after a broken facial bone and a concussion. Having recovered at the tail end of the club’s final USL season, the midfielder says he’s fully fit and ready to undergo preseason with the Wanderers squad this March.

He’d played with the Ottawa Fury in 2019, where he featured against the Wanderers in the Canadian Championship. Reflecting back on the home-and-away matchup, he states that the atmosphere at Wanderers Grounds was one of the best environments he’d seen from his USL days.

The former CF Montreal midfielder was a product of the Impact academy, featuring for the club’s USL affiliate before making a handful of appearances for the Major League Soccer side. Beyond a season-long stint in France, he’s spent his entire career in North America so far.

He also arrives having earned five senior national team caps, the last of which came in a friendly against Colombia in 2014.

Gagnon-Lapare becomes the fifteenth Wanderers signing of the 2021 Canadian Premier League season, with the east coast club announcing one additional player each Wednesday of this month. Other new signings include former York United full-back Morey Doner and local Haligonian Kieran Baskett, with next week expected to bring forth another new face, too.

The financial terms of Gagnon-Lapare’s contract were not disclosed by the club. He has signed on for a two year deal with an option for 2023, and will arrive in Halifax this March.