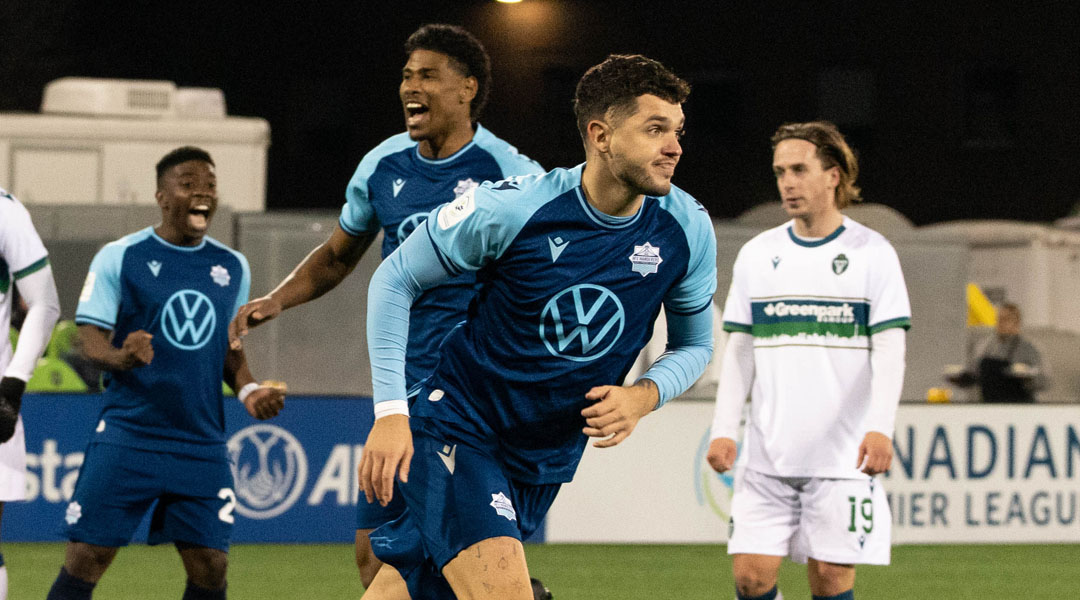 “This is an important milestone for Joao on his road to recovery,” said Wanderers sporting director Matt Fegan. “We’re all delighted it was a success.”

The top Candian Premier League forward suffered a serious anterior cruciate ligament injury in the final minutes of a match against Atletico Ottawa earlier this season, with the club confirming it would spell an end to his campaign shortly after.

Morelli had scored half of the club’s goals in the prior season en route to golden boot and CPL MVP awards, with a contract extension quickly being signed following his fourteen goal haul.

The Brazilian maestro had opened the club’s scoring this year, and had an astounding 20 goals in 34 appearances at the time of his season-ending injury this April.

Joao had returned to Brazil to strengthen his knee in preparation for the surgery, where he will remain as he continues his post-surgical recovery. If all goes to plan, the 26-year-old will return to Halifax next season, still under contract and ready to help his side with goals again.

“He’ll continue to get our full support on his route back to the pitch, taking the time to do what is right for his career. We’re looking forward to having Joao back to doing what he does best in a Wanderers shirt in 2023,” concluded Fegan.

The creative midfielder has played a key role under head coach Stephen Hart since arriving in 2020. Once described by Brazil’s Juninho as one to watch for the future, he signed with English Championship side Middlesbrough in 2015, featuring regularly for the U-23 squad before a loan spell in Estonia.

Later landing with League One side Fleetwood Town on a free transfer, Morelli then bounced between Estonia and his native Brazil before landing out east, where he’s proven to be a league-leading attacker at the Canadian Premier League level.

The Halifax Wanderers brought him Moor Samb to help keep goals coming up top, passing over Austin Ricci due to the chance of re-aggravating an ACL injury of his own. While Samuel Salter and Akeem Garcia have held their own, some fans are still eyeing the transfer window after the news dropped that Jordan Hamilton is now a free agent, and back in Canada to boot.

We wish Joao Morelli the best of luck in his recovery.