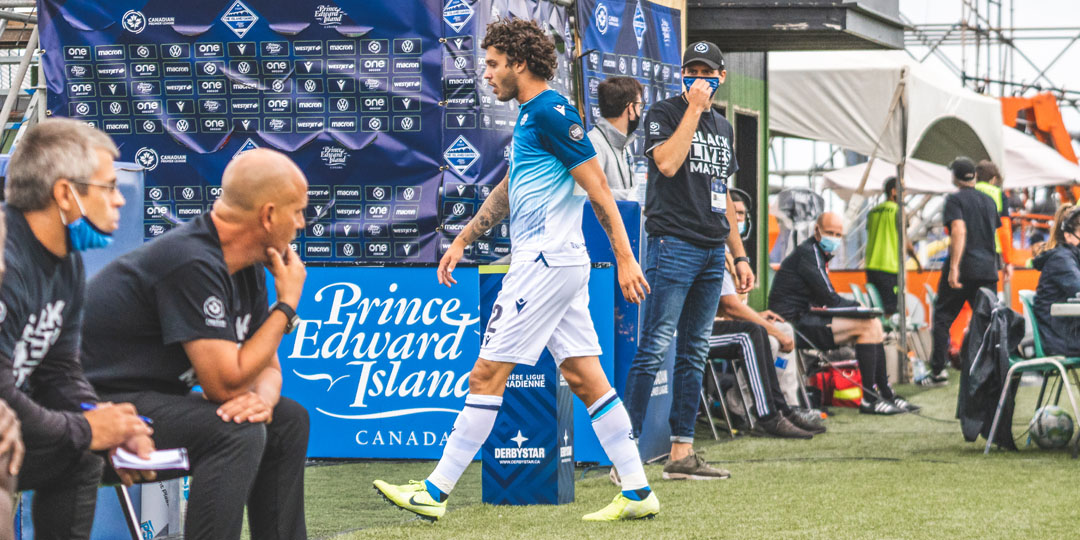 The Halifax Wanderers have been able to successful reduce the suspension of Brazilian forward Joao Morelli to two matches.

The 24-year-old Brazilian playmaker was sent off in the twenty-second minute against York9 FC this Saturday after an errant elbow struck the throat of Joseph Di Chiara as the duo jostled off-the-ball in front of the Nine Stripes’ box. Referee David Barrie didn’t hesitate to hand Morelli a straight red for violent conduct, which carries an automatic three match ban.

With the Wanderers appeal to reduce his suspension now successful, Morelli will sit out for club’s last two regular season matches against Valour FC and Atletico Ottawa. Should the club make the group stage of the competition, the Brazilian will be able to return to action at that point.

Morelli has played in a handful of different positions during his first give appearances for the club, but perhaps saw most influence under a number ten role around the middle of the park. He scored a debut goal courtesy of a penalty kick against Pacific FC, with the new signing impressing fans and pundits alike. Given that Kaka once earmarked him as one for the future, however, perhaps that isn’t too surprising.

The east coast Canadian Premier League side announced his signing back in February in tandem with Eriks Santos, a Brazilian centre-back who wasn’t able to enter Canada due to the unfolding pandemic situation.

The Halifax Wanderers find themselves in sixth place after five games played, though a single win could see the side raise to third place in an instant. The club will resume action without Morelli against Valour FC this Wednesday, with the fixture being the opening match of a weekday CPL double header.