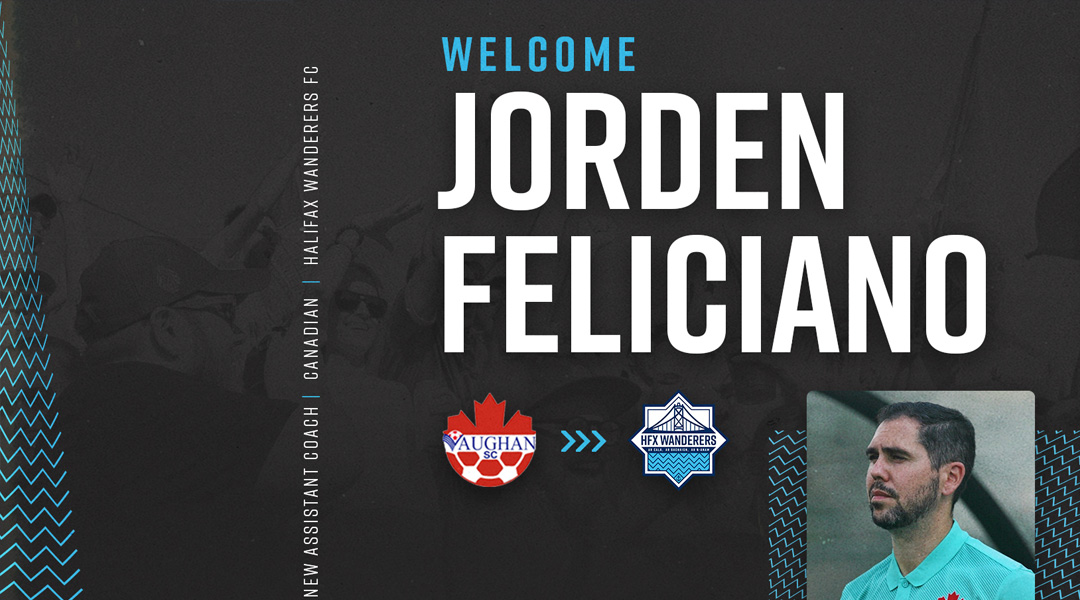 The Halifax boss has added his Vaughan Azzurri assistant Jorden Feliciano, who helped Gheisar obtain a remarkable undefeated season in League1 Ontario last year and had been with the club for the last eight years.

“This is an amazing opportunity; I’m excited to be a part of making a difference on the field as well as off it,” Feliciano said. “When Patrice told me he was going to be the next head coach and asked me to join him, I said, ‘Of course!’ and I stayed up all night watching videos of the fans and the stadium, and now I’m excited to give back to the people that support the club so much.”

Feliciano arrives holding UEFA A and USSF National A licenses, and had previously led the Vaughan’s women’s team and men’s reserve sides, along with a variety of youth levels. He has also once assisted with Wilfried Laurier University.

When Gheisar took on the Halifax Wanderers during his time with Vaughan in 2019, it was Feliciano who provided an opposition analysis to him.

“Jorden is a young, energetic coach that believes in the same culture that I do; I think it’s important to have those qualities in our staff,” explained Gheisar. “He is hard-working, driven and adaptable. Jorden’s strengths include his ability to both scout and work on the field with players.”

Gheisar hopes to import more than just a familiar face to the Halifax bench: he plans on instilling an attacking, foot-forward philosophy to the east coast side.

The last two seasons saw Halifax score less than any other side, so it’ll be interesting to see how Gheisar and Feliciano perform as coaches at the professional level.