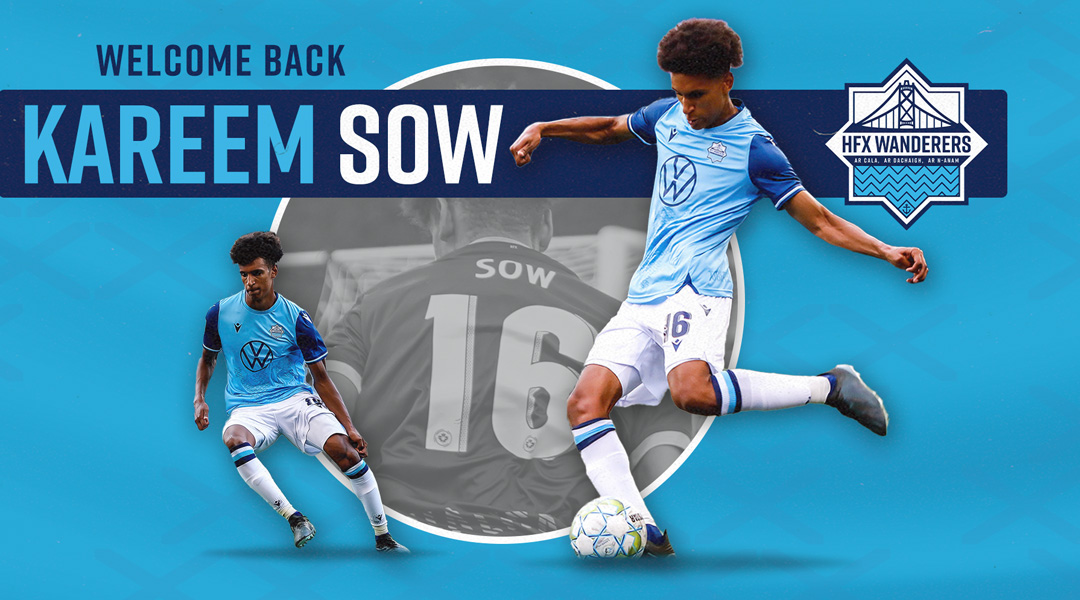 As has long been expected, Montreal Carabins defender Kareem Sow has re-signed with the Halifax Wanderers on a new CPL-U SPORTS developmental deal.

The 21-year-old had joined the east coast side last year after being named as their second pick from the 2021 CPL-U SPORTS Draft. He inked a developmental deal that summer, with the former CF Montreal academy prospect going on to make eleven appearances – most of them as a starter – before returning to the University of Montreal.

“We are delighted to have Kareem back with us,” said head coach Stephen Hart. “[Kareem] was a big part of the squad last year, showed he had the quality from game one, and always placed the good of the team above all else.”

Sow had largely featured as a centre-back for the Halifax Wanderers, but has proven proficient out on the left flank as well. Having stepped nicely into the professional ranks in the midst of a head-turning U SPORTS career with the Carabins, his return will be a nice boost to a Halifax Wanderers defense that has only conceded four goals thus far.

“After his strong first season with us in 2021, we had ear-marked a place for Kareem on our squad heading into this year,” added sporting director Matt Fegan. “We supported his academic obligations through to early May, and now we’re ready to welcome him into the group.”

The left-footed defender has already flown in to Halifax and will integrate himself with the squad ahead of this Sunday’s home match against Cavalry FC. Based on that wording, he is not expected to be part of the squad for the club’s midweek Canadian Championship clash against Guelph United.

Similar to last year, the 21-year-old will return to the University of Montreal for the fall semester, where he’s expected to complete his engineering degree.

He will reprise his previous kit number, 16, for the current season.