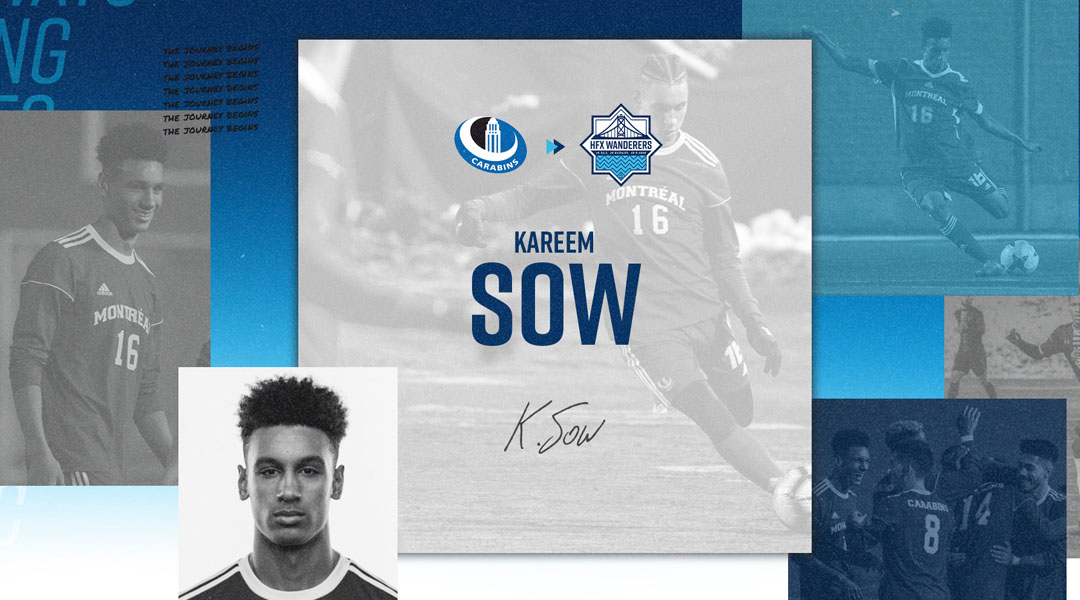 The signing blitz from the Halifax Wanderers has now seen the club signed three players over the last two days, with one more signing expected to come this afternoon.

This morning saw the Halifax Wanderers announce that 2021 CPL-U SPORTS Draft pick Kareem Sow has been signed to a developmental contract by the east coast side, with the 20-year-old former Impact Academy defender being described as a technically-sound player with lots of composition on the ball.

The third-year Mechanical Engineering student from the Universite de Montreal was part of the Carabins’ 2018 U SPORTS Men’s Canadian Championship title winning side alongside Wanderers teammates Omar Kreim and first-year-pro Pierre Lamothe, the latter of whom told us that Sow had all the attributes one needs to play in the Canadian Premier League.

He’s a central defender, I was excited to get him because he’s a cool, calm, collected type of defender with good physical qualities and good ball-playing qualities.

The Ottawa-born defender began his mandatory 14-day quarantine in Halifax last week, with coach Hart explaining that the youngster will have an opportunity to play by virtue of Jems Geffrard being called to the Haiti squad as part of the both the World Cup Qualifiers and the Gold Cup.

Fellow 2021 CPL-U SPORTS Draft pick Stefan Karajovanovic was also signed to a professional contract by the Wanderers yesterday, with the club also announcing that that local midfielder Scott Firth had re-signed just hours later. It is expected that the additional signing still to come is Marcello Polisi.

The Halifax Wanderers are set to begin the 2021 Canadian Premier League season on June 26 with a match against west coast side Pacific FC.

The Halifax Wanderers did not disclose the financial details of Sow’s developmental contract, though U SPORTS contracts are estimated to run between $10,000-$12,000.