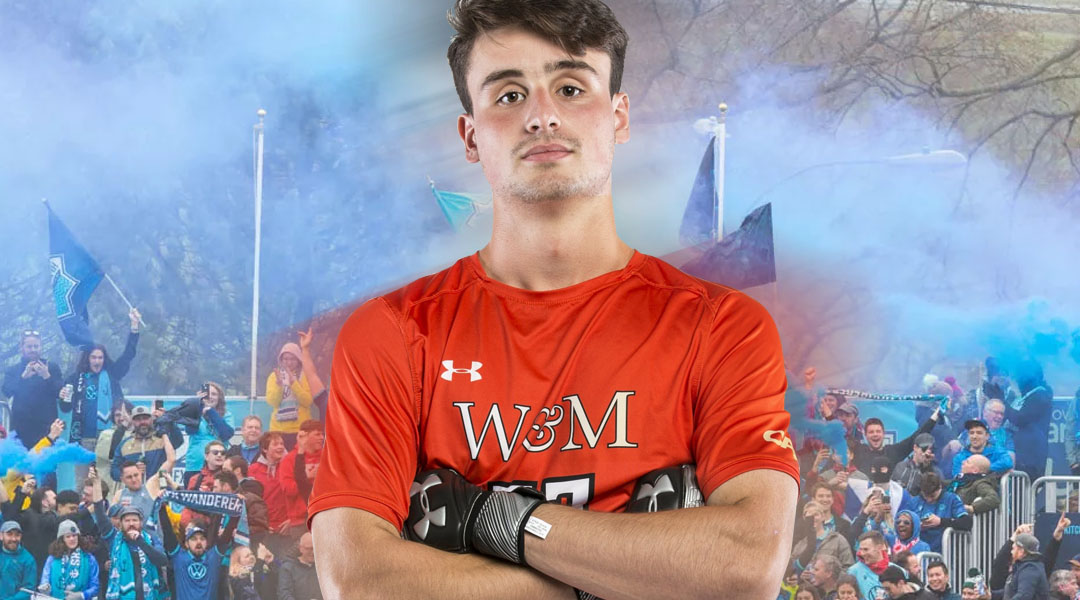 Stephen Hart has found another Haligonian to tend to the net at the Halifax Wanderers.

Today, the east coast Canadian Premier League side has announced the signing of 19-year-old goalkeeper Kieran Baskett, who arrives to the club after an impressive stateside collegiate career and some national level experience.

It’s just really great to find my way home. I was down in the United States for the last three years trying to progress my career. When the opportunity came up I couldn’t resist and it’s been so exciting – I can’t wait to represent my hometown.

Baskett pursued his education in Baltimore, spending two seasons with McDonogh School and leading the side to consecutive Maryland Interscholastic Athletic Association Conference championships after a first-team all-state selection in 2018. He also played at the club level with Baltimore Celtic SC, winning the golden glove at the US Youth Soccer National Championship in 2019 and making the best eleven for the competition as he headed into his freshman year at the College of William and Mary.

The six-foot-three goalkeeper then completed an iron man 18-match season for the NCAA Division 1 team, earning two defensive player of the week nods during his year with The Tribe. The signing comes just two days after the club announced a new player pathway for local talent.

Adding Kieran is another signal of our intent to give local players opportunities to prove themselves at the professional level. His signing can inspire other young Nova Scotians currently developing with our local clubs that they too can go all the way.

Baskett represented Nova Scotia at the Canada Games in 2017, and before that saw himself called up to a National Team U-15 talent identification camp run by Ante Jazic when he was still with Halifax City SC.

Baskett becomes the first domestic U-21 player to officially sign on for the club’s 2021 campaign, though youngsters Jake Ruby and Scott Firth – an old teammate of Baskett’s with Suburban FC – are both scheduled to join the club in preseason to trial for roster spots.

He’ll face stiff selection competition against Christian Oxner, who established himself as the club’s number one choice over now-goalkeeper coach Jan-Michael Williams in 2019 and former Impact man Jason Beaulieu last year. Oxner has made 28 appearances for the Wanderers in all, earning a reputation for his penalty saves and coming close to a golden glove win last year, too.

The Halifax Wanderers did not disclose financial details of Kieran’s contract, which includes a club option for 2022.