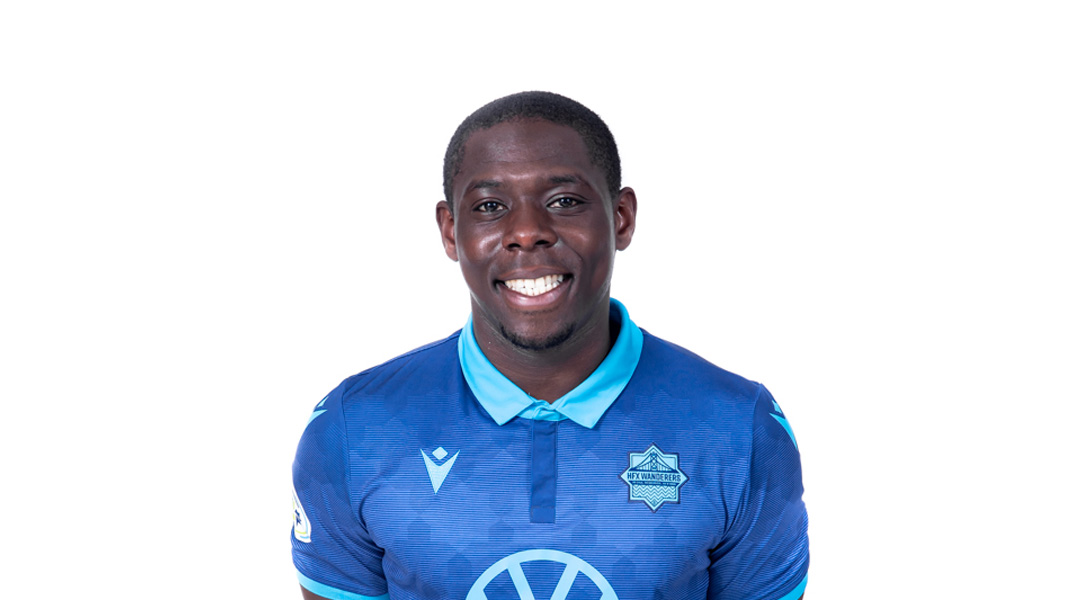 The Wanderers’ fifth departure of the offseason has been confirmed.

For one year, 28-year-old midfielder Kouame Ouattara got to live the dream: locked into an insurance job after several nixed stints at the pro game, the Got Game open trials gave him one last shot at professional football. He took it with both hands.

After impressing at the Halifax-based open trial, both he and now-departed midfielder Kodai Iida were signed by head coach Stephen Hart ahead of the inaugural Canadian Premier League season. Ouattara was sparingly used, clocking in just 229 minutes in his first professional year.


His last appearance for the Halifax Wanderers came in a two-goal loss to Valour FC in late August. The match dropped the Wanderers down to seventh place, where the club would remain rooted for the rest of the season.

In an earlier talk with Northern Tribune, he stated that he did not believe he was going to be able make an agreement with the East Coast club. This morning, his words rang true as he made a public announcement of his departure:

Outtara’s path to professional football was a long time in the making: some nine years ago, his ambition to play the pro game would see him trial with La Liga side Levante, and when that didn’t work out he left his Ivory Coast roots to pursue an education in New Brunswick. Another stint in France shortly afterwards didn’t pay off, with Ouattara once again returning to Moncton to finish his degree while participating in U SPORTS action for the university side.

With opportunities to play in Canada limited, Ouattara eventually signed on for PLSQ side FC Gatineau in 2016, but an injury nixed his chance of playing there, too. He then returned to New Brunswick to focus on a career outside of the sporting world before the Wanderers eventually pulled him back in.


Club President Derek Martin had said the club would be taking a slower approach to roster building ahead of the 2020 season, and stated that a higher pedigree of players would be taking to the pitch next year. He’s since signed two as-yet-unrevealed attacking players, while retaining the likes of Christian Oxner, Akeem Garcia, Andre Rampersad, and Scott Firth. if Jan-Michael Williams does return, it’ll be in a coaching role.

The club is expected to announce the retention of one more player later on today, too.

The departure of Ouattara – who has been in Canada long enough to count as a domestic player – is the club’s fifth departure in the offseason. Elliot Simmons, Tomasz Skublak, Ndzemdzela Langwa, and the aforementioned Kodai Iida have all also confirmed their departures online, with assistant coach Michael Hunter also parting ways with the club.


Ouattara’s situation echoes that of former York9 FC man Stefan Lamanna, who was working as a Xerox account executive when he signed on with the York Region club this fall. After failing to break into the first team, he was one of six players released among last week’s Nine Stripes’ roster cuts.

The high player turnover is the harsh reality of a newly-founded league with many first-year professionals on one-year contracts: as clubs seek to improve, there’s going to be a lot of roster changes. Now that the league has proven that it can produce high quality on the pitch, it’s also a more attractive prospect for players who may not have been sold on the CPL before its first year of action, either.

It’s unclear of Ouattara’s time in the professional game as a whole is over, though the 28-year-year old midfielder can take some solace in the fact that he got to partake in a historic time for Canadian soccer.