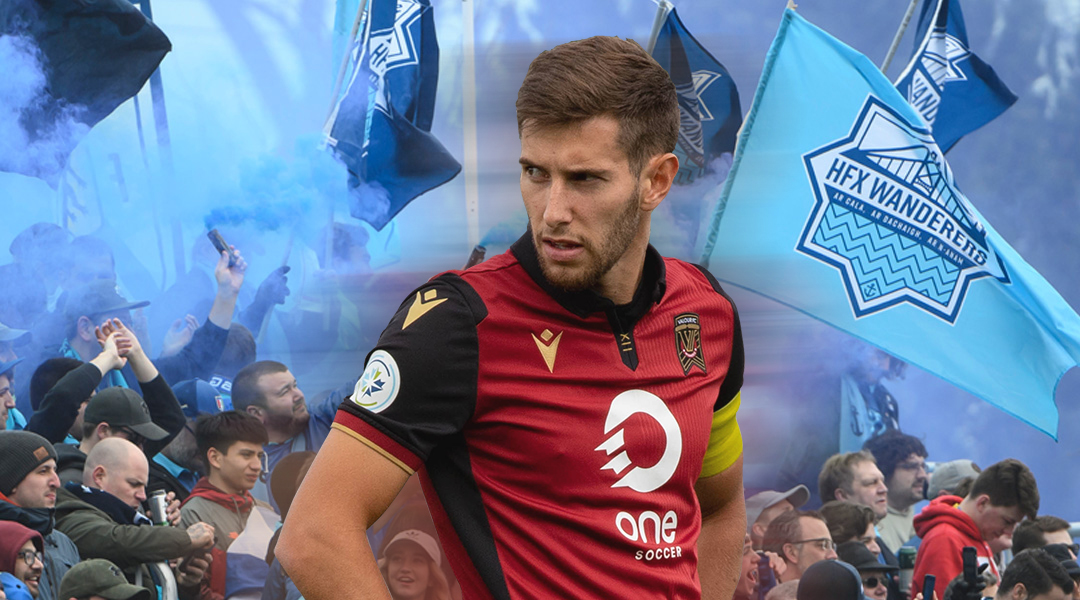 The 24-year-old midfielder was one of Valour FC’s shining stars from a fairly rough 2019 campaign that saw them finish last place in the spring and fifth in the fall, and had even captained the Winnipeg-based side on occasion. Now under contract with the Halifax Wanderers, he’ll be suiting up against his old club later this year.


The former Montreal Impact man was a standout player in the Canadian Premier League‘s inaugural season, suiting up for for the Winnipeg-based outlet 23 times in all prior to picking up a knock against York9 FC on his birthday. The move is a significant coup for the Wanderers, with Beland-Goyette stating in an official Halifax Wanderers press release that the packed stadium atmosphere at Wanderers Grounds was a key draw for the league’s second-ever intra-league transfer:

The city, the stadium, and fans are wonderful. Halifax is one of the top places you want to play in the league. A big part of my decision was what I saw last year. It’s a passionate club with passionate fans and that’s what you want. I hope I can bring success to this club because the fans deserve it, so I hope to bring joy and passion for them.

Having a full stadium located in downtown Halifax has provided what may be the league’s best atmosphere, and beyond helping convince the club’s newest signing to call it home, it even has Toronto FC players hoping for a trip to Halifax in the Canadian Championship.

The move will see Beland-Goyette reunited with companions Chrisnovic N’sa and Alessandro Riggi, both of whom he played alongside during his time with the Montreal Impact and its now-defunct USL affiliate, FC Montreal. The familiar faces were yet another draw to the east coast club for Beland-Goyette.

I was really happy for Chrisno that he got the chance to play so much, and Riggi and I played a lot for FC Montreal together and I love him as an attacking player.

Riggi has stated that he wants to make the fans at Wanderers Grounds go ‘ooh’, and pairing him up alongside Louis Beland-Goyette sounds like a promising way to make that happen. All-in-all, it appears to be a great gain for Halifax Wanderers, and a great loss for Valour FC.

Halifax Wanderers head coach Stephen Hart is in the midst of a near-total squad overhaul, having parted ways with the majority of his squad after it limped to a last-place finish in 2019’s fall season. Hart has been quick to bring in new additions, which include the aforementioned Alessandro Riggi along with even more domestic talent in the form of Omar Kreim, Aboubacar Sissoko, and Ibrahima Sanoh.


The former Canadian national team coach had kept a close eye on Beland-Goyette throughout the inaugural campaign, and was evidently impressed with what he saw:

He had a very good season last year and he is clean on the ball. He keeps the ball moving and keeps a team in possession but also has the ability to hit creative passes long and short and I thought that was something we needed. Now we have a variety of options in how we can shape the midfield and we have depth and balance now. When we played Valour I like that he was always available for the ball and he is definitely one of the top midfielders in the league.

Beland-Goyette becomes the twelfth signing for the east coast club ahead of the 2020 Canadian Premier League season. This offseason, Club President Derek Martin had stated that the Wanderers will find itself less rushed to make its signings, indicating that the rest of the maximum-23-player roster may not be filled out till closer to the season’s launch.

To that end, Jamaican international Alex Marshall has told Northern Tribune that he’ll be joining the Wanderers, though the club has yet to make any official announcement regarding the 21-year-old left winger. Hart hadn’t instilled his preferred tactical philosophies in the inaugural campaign, but it looks like 2020 will now see him able to deploy a much more attack-oriented side that ought to help reduce the number of draws the club obtained last season.


With Valour FC having only re-signed three players so far and rumours pouring in about potentially even more key players departing, head coach Rob Gale will likely find himself with even more roster spaces to fill after Beland-Goyette, though he recently stated that fans will see at least half of the inaugural roster returning.

Details of Louis Beland-Goyette’s contract with the Wanderers, including its length or financial compensation, was not disclosed by the club.