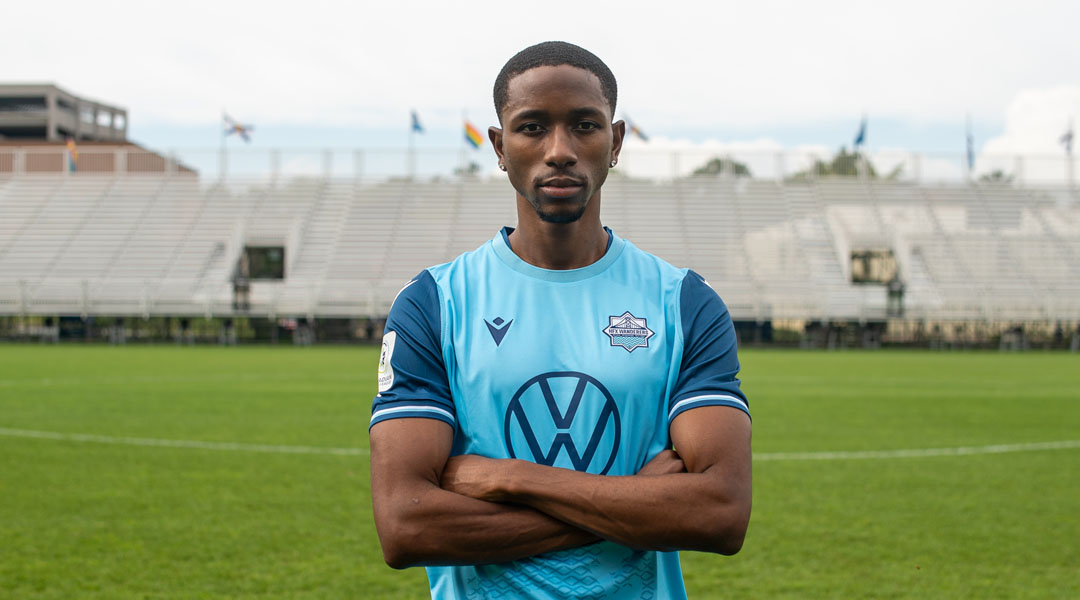 The 26-year-old forward has joined the Halifax Wanderers on a short-term contract that runs until the end of the current season with a club option for 2022.

The Montreal-born striker arrives from PLSQ side Celtix Du Haut-Richelieu, where he’s scored eleven goals across eight games. He’ll wear the number 25 for the Wanderers.

We felt we needed to add another attacking option as we head into the second half of the season. Mamadi is a player we’ve been aware of for a number of years. He has been in good form recently and someone we felt could contribute immediately to the squad in the final third of the pitch.

He will now rejoin Marcello Polisi out east, with the duo having played together at Simon Fraser University under Eddies head coach Alan Koch.

Camara had previously spent with with CS Longueuil in 2014-2015, trialing with the Whitecaps FC 2 and eventually spending time out west with the TSS Rovers and the Calgary Foothills. His last stint in the PLSQ before an MLS Combine invitation in 2019 saw him play with CS St-Hubert.

He impressed at the player’s combine and found himself selected 46th overall in the 2019 MLS SuperDraft, with his pick from the San Jose Earthquakes making him the first PLSQ athlete to be selected in an MLS draft.

However, he ultimately joined USL Championship side Colorado Springs Switchbacks ahead of the 2020 USL season, scoring his first professional goal against El Paso Locomotive and making fourteen league appearances before returning to Canada.

The six-foot-two Montrealer now has an opportunity to impress fairly close to home, with the Halifax Wanderers no strangers to giving talent from La Belle province a chance.

The east coast side currently finds itself seventh in league standings after a half-season that saw it struggle to collect wins. Camara will be hoping to aid in a Wanderers attack that has relied heavily on golden boot leader Joao Morelli and probing runs from Morey Doner, the latter of whom is currently out injured.

2020 Golden Boot Winner Akeem Garcia has had a quiet year so far, scoring one goal in thirteen appearances. Camara is comfortable as a direct striker, but is comfortable out on the right wing as well.

Halifax Wanderers head coach Stephen Hart has waited over a calendar year for his side to put in a three-goal performance, and with the Wanderers now joint-worst for goals scored alongside last-placed Atletico Ottawa, it’s a fair time to try something new.

September will be a busy month for the east coast team, who play six league matches and a high-profile Canadian Championship tilt against CF Montreal this month. Hart expects Camara to feature for the team in the near future.

The Halifax Wanderers did not disclose the financial details of its contract with Camara, which runs until the end of the season an includes an option for 2022.