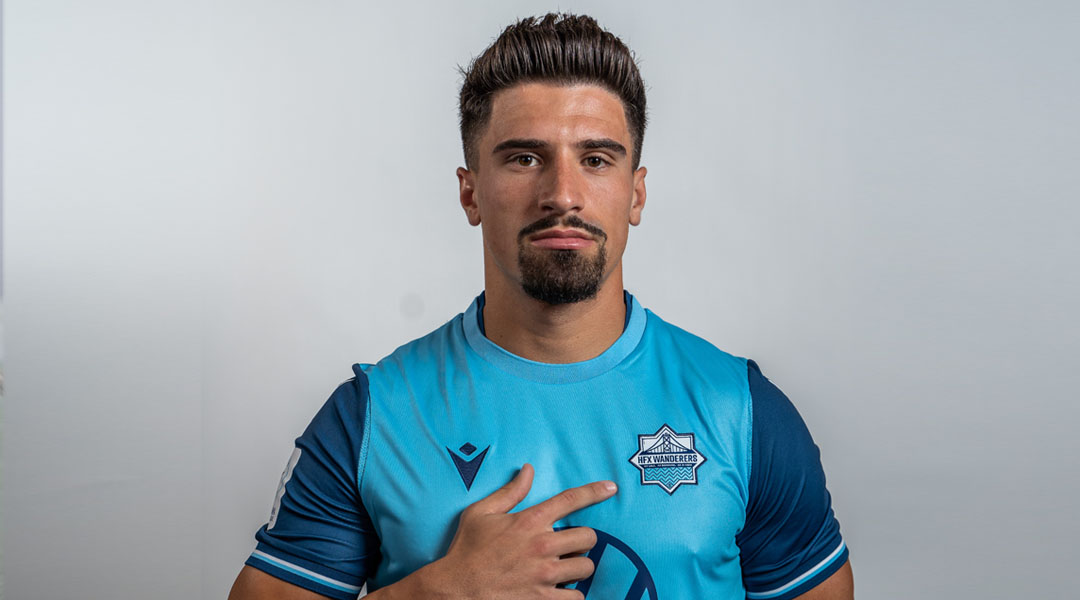 The Halifax Wanderers have announced that former SuperDraft prospect Marcello Polisi has finished his quarantine period and is now training with the the team in the Winnipeg bubble, suggesting he will be available for selection against Cavalry FC on Saturday.

The 24-year-old midfielder was only announced by the club last month, with the former SFU standout having been unable to partake in Halifax’s preseason due to the late nature of his signing.

Like Valour FC signings Rafael Galhardo and Rodrigo Reyes, he only met his new teammates once he was already within the Winnipeg-based bubble, with Polisi only recently being able to train with them:

The club as a whole is very organized in itself. The players are very welcoming, which makes it even easier for me to transition into this team.

The Coquitlam-born athlete rose through the ranks at the Vancouver Whitecaps Academy from the the age of 11 to 18 before diving into NCAA action with Simon Fraser University. He also played with the TSS Rovers in USL2 and had hoped to be selected in the 2021 MLS SuperDraft before discussions with Stephen Hart led to his first professional opportunity with the Wanderers.

Polisi has also featured for Canada at the U-15 level at the Copa Mexico de Naciones, though he hasn’t been part of Les Rouges at the U-23 or senior levels.

He brings something different to the midfield. And it’s going to be just a little matter of time for him to get to know his teammates and fit in, but he’s a traditional sort of holding midfielder that could give us a little bit more balance in the midfield and a different look should it be necessary.

The latest Wanderers addition arrives having missed an opportunity to play against his younger brother Matteo Polisi in the club’s season opener, but he’ll have a second shot to renew the sibling rivalry when the teams square up again on July 13.

We always banter about playing against each other. It’ll be fun to play against him.

With the bubble tournament seeing club rosters quickly challenged by injuries, the additional body arrives amidst the need for it: Alessandro Riggi is still recovering from a concussion, whilst defender Peter Schaale will be sidelined for the time being after coming off injured against Valour.

Jems Geffrard also remains on international duty with Haiti, who will be playing a Gold Cup qualification match live on OneSoccer tonight.

The club announced earlier today that head coach Stephen Hart will be returning to Halifax for a minor medical procedure, with assistant coach Mesut Mert leading the side for the time being in his stead.