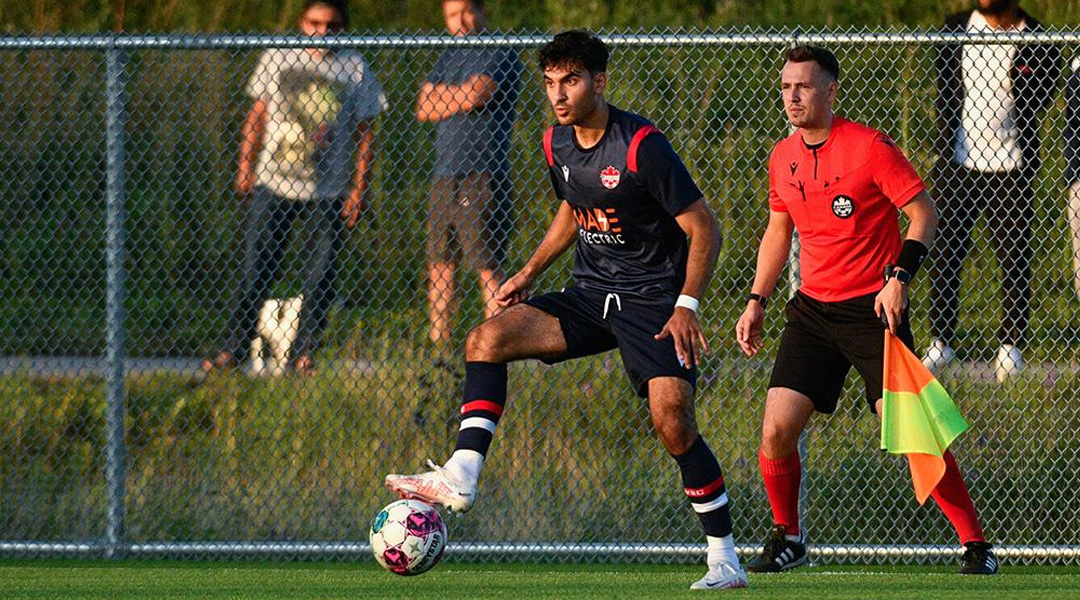 Another link between the Halifax Wanderers and League1 Ontario side Vaughan Azzurri has sprung!

The Canadian Premier League side has inked prolific forward Massimo Ferrin to a two-year deal with an option for a further year.

We listed the forward as someone who could make the jump to CPL heights just last month. The 23-year-old proved a terror for League1 Ontario defenses, scoring an astounding 23 goals in 15 regular season games (good for 1.53 goals per game) before adding another one en route to winning both the Golden Boot and the League1 Ontario Championship.

New Halifax Wanderers head coach Patrice Gheisar is well familiar with Ferrin, having coached him during his time with the Vaughan Azzurri. The forward, a freekick and set piece specialist, is someone who blends in perfectly with Gheisar’s style of play.

“Massimo is an intelligent footballer with a high ceiling, a consistent player who has the ability to create magic,” added Gheisar. “His ability to use his teammates is what makes him different. He has the highest desire to win, and I look forward to seeing his further growth.”

This won’t be Massimo’s first stint at professional heights, with the forward having made 21 appearances for USL Championship Loudoun United back in 2020. He also featured in a friendly for DC United, bagging the game’s only goal in a one-nil victory over El Salvadoran side Alianza FC.

Born in Mississauga, Ferrin’s university career saw him prove prolific with soccer powerhouse Syracuse University, scoring twelve goals and eleven assists through two seasons with the side. Before that, he turned out for the University of Alabama Birmingham and was named their MVP in 2017.

The highly-touted Ferrin had reportedly been targeted by several Canadian Premier League sides this year, which Wanderers Sporting Director Matt Fegan describing him as someone they’d tracked for several years.

“He’s consistently proven he can contribute goals and assists from different positions across the front line as well as from set pieces which is an area we’ll be looking to improve our efficiency in next season,” added Fegan of the club’s new addition.

He becomes the third person to make the Vaughan-to-Halifax transition, with Gheisar having also brought in his assistant coach Jorden Feliciano yesterday.

Ferrin becomes the second offseason addition for the side, with Canada U-20 forward Tiago Coimbra having been unveiled last week.