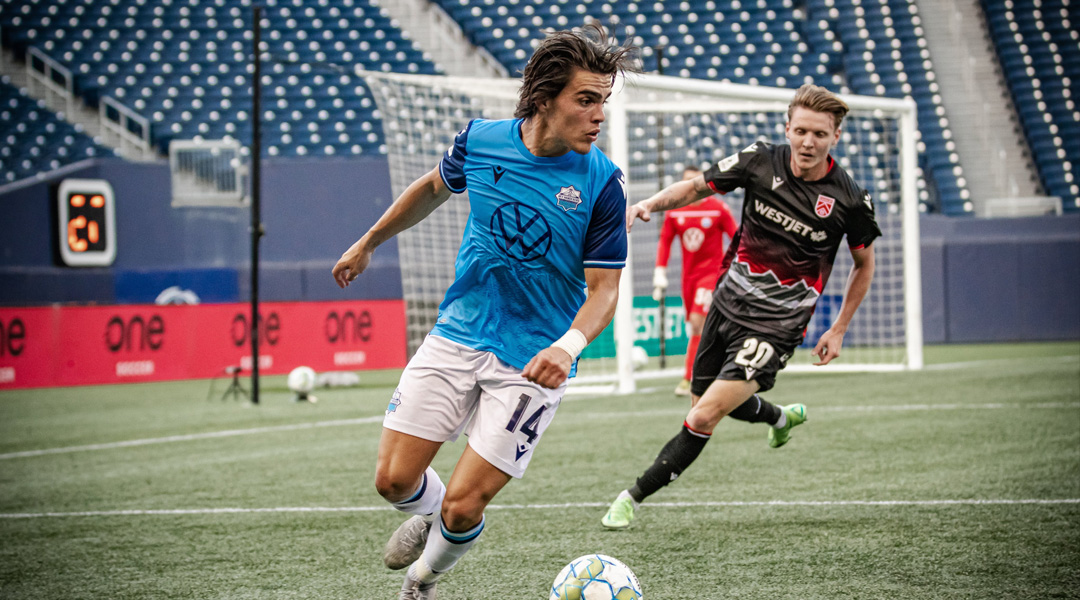 Halifax Wanderers defender Mateo Restrepo will be leaving professional football behind to focus on his medical career.

In an announcement made today by his Canadian Premier League side, the 25-year-old defender will play one last match at home this weekend before departing to attend the Icahn School of Medicine at Mount Sinai in New York City.

Restrepo had made 36 appearances for the east coast side since signing three seasons ago on a multi-year deal.

“I knew I wanted to be a doctor when I was in high school, and it became this passion that went hand and hand with football,” explained Restrepo. “Now that I’ve fulfilled the dream of playing football, I need to take this next step and pursue that passion and interest. It’s something that I’ve been working towards for a long time.”

The 25-year-old will leave big shoes to fill for Hart’s east coast side, who have confirmed that a Canadian replacement will be brought in next week.

“It’s tough to leave mid-season, and if it were up to me, I would finish the season with the boys,” added the outbound Restrepo. “I leave with a heavy heart but have faith in the team and the staff, and I’m just happy to have been a part of the group these past three seasons.”

Born in Colombia, Mateo and his family immigrated to Toronto when he was young. He joined the Toronto FC Academy and made the Top Eleven for the 2014 League1 Ontario season, alongside Atletico Ottawa’s Chris Mannella and Forge FC’s Jonathan Grant. Restrepo also appeared for TFC2 while under an academy contract, and featured for Canada at the U-18 level too.

Here’s a departing note that Mateo penned about his departure:

Restrepo arrived to Halifax after attending the University of California Santa Barbara, where the medical prospect had studied cellular and molecular biology. He continued to balance his academic focus with his sporting obligations in the time since, applying for medical schools with evident success.

“As a club, we are immensely proud of Mateo for earning the opportunity to pursue his second professional dream at such a young age,” stated Halifax Wanderers President Derek Martin. “His intelligence, work ethic, passion and character helped him to achieve his dream of becoming a professional footballer, and I have no doubt those same traits will ensure he achieves his other dream of becoming a doctor; hopefully, back in Halifax one day soon!”

Northern Tribune would like to congratulate Mateo on his professional achievements to date, and the ones set to come.

While under quite different circumstances, he becomes the second Wanderer to depart the professional game this season after Omar Kreim.

The Halifax Wanderers currently find themselves in sixth place at the midway point of the season, six points outside of a playoff spot.