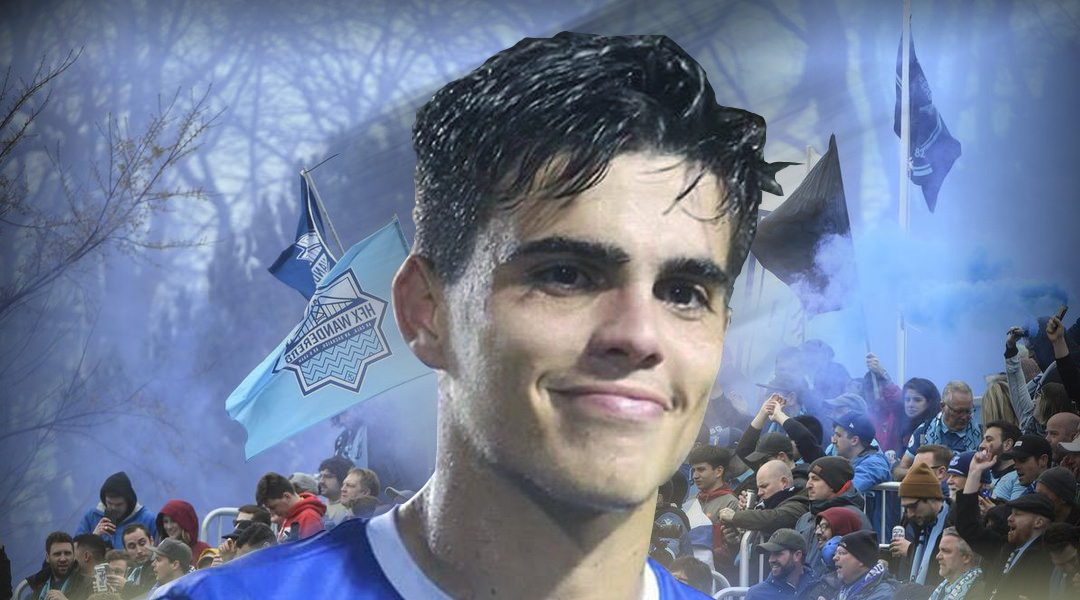 Stephen Hart has added young Canadian defender Mateo Restrepo to his ever-growing roster for the Halifax Wanderers , with the 22-year-old right-back putting pen to paper on a multi-year contract.

Born in Colombia, Mateo and his family immigrated to Toronto when he was young. He joined the Toronto FC Academy and made the Top Eleven for the 2014 League1 Ontario season, alongside York9 FC’s Chris Mannella and Forge FC’s Jonathan Grant. Restrepo also appeared for TFC2 while under an academy contract, while also featuring for the Canada U-18s as well.


Club gaffer Stephen Hart says that Restrepo is good on the ball and has the pace to get up and down the pitch quickly. Slotting in at right-back, it looks like Restrepo will be replaced Andre Bona, who clocked in an immense 2,547 minutes for the side but was was released by the club at the end of the season.

He’s clean on the ball and technically sound. He can also get up and down the line so I’m happy to have him.

Restrepo’s time with the Canada U-18 squad got him onto the radar of German side FC Ingolstadt, for whom he spent a year with the club’s U-19s. It was there that the youngster really honed his craft as a modern-fullback, suggesting that Wanderers fans will see the 22-year-old bombing down the flank to support an attack that now features the likes of Alessandro Riggi and former CCAA standout Ibrahima Sanoh.

I think my game has developed and especially when I went to Germany their full backs are basically midfielders so you are bombing up and down and that was a big emphasis, so I like to contribute to the attack

The La Ceja-born right-back is currently in California, but he’s been keeping his eyes on the Canadian Premier League. Tuning in to a few matches from the inaugural season, he’s far from the first player to describe the atmosphere at Wanderers Grounds as a major attraction:

I’m excited because I’ve watched a few Wanderers games and I saw the Wanderers have by far the best atmosphere in the Canadian Premier League. It seems like the entire community is behind the team and I think that’s great and it attracted me to the team.

Restrepo becomes Hart’s fourteenth signing in what has been a tremendously busy off-season. No other Canadian Premier League side has brought in as much new blood as Hart’s camp, which now also features the likes of highly-touted midfielder Louis Beland-Goyette, former Impact man Daniel Kinumbe, and the aforementioned Alessandro Riggi.


One of the club’s other brand new signings, Aboubacar Sissoko, is currently on trial with the Vancouver Whitecaps. Should the MLS side take further interest in the player, the Wanderers are open to negotiating the terms of his sale.

Whether Restrepo becomes an instant starter for Hart remains to be seen, but the right-back spot was certainly a position that needed filling – though versatile defender Chrisnovic N’sa proved capable there when called upon. With Hart bringing in a few versatile players, it remains unclear where each player will ultimately contest for a spot. With nine more roster spots available, however, there’s still plenty of more competition for starting positions en route.

Restrepo has signed for a multi-year contract with the Halifax Wanderers. His salary was not disclosed by the club.