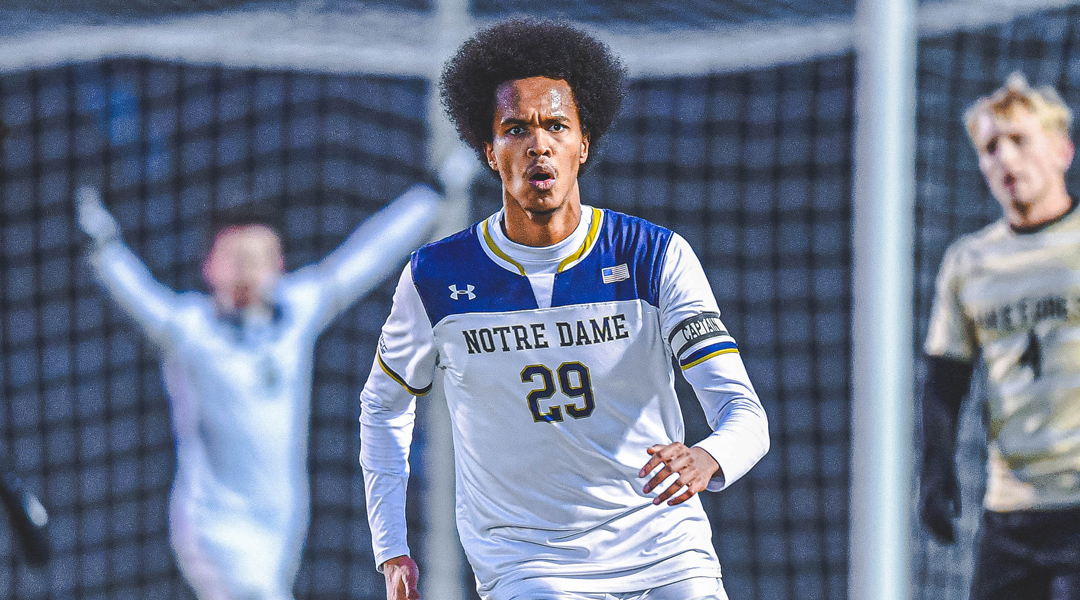 Colorado Rapids SuperDraft pick Mohamed Omar has made a shock move to sign with the Halifax Wanderers, marking a sharp statement of intent from the east coast side.

The 22-year-old had impressed the Colorado Rapids after arriving as a first round pick, but squad limitations meant the midfielder was given the all-clear to look elsewhere for gametime. The Notre Dame captain now arrives to the Wanderers with a club option for 2023.

The high-profile signing from Halifax came as the result of a front office that not only stayed alert for the opportunity, but moved quickly on it too: his arrival comes just about a week after he became available, with discussions evidently moving quickly.

“We’re delighted to secure Mohamed’s commitment to our club,” said Sporting Director Matt Fegan, “in our conversations, he showed a maturity beyond his years and you can see on
the pitch he is a natural leader – a characteristic we look for in anyone we attract to our club.”

An efficient deep-lying distributor, the six-foot-three holding midfielder has proven quite capable of breaking up play in the middle of the pitch and dictating tempo. While he’s helped to organize Notre Dame transitions of play quite well, he’s got some great defensive talent and some stellar goals his wheelhouse, too.

Omar had also spent time with both the TFC Academy and Toronto FC II, where he played a few scrimmages against his Colorado’s Mark-Anthony Kaye. It was during his spell with the second team when he had his first real interactions with Robin Fraser, who’d go on to coach the Colorado Rapids and reunite himself with the Notre Dame standout.

Now set to begin his professional career out east, it remains to be seen where he’ll be deployed with Halifax. Head coach Stephen Hart seems open to a few possibilities:

What we love about Mohamed is his ability on the ball, his tenacity and leadership qualities. In addition, he has versatility that will mean he can contribute in a variety of ways in our lineup. He can play as a holding midfielder or look to drive forward. Plus, he is blessed with height and has experience as a natural ball-playing centre back.

With a solid sense for tackling and good physicality, he’s the kind of player who seemed a good draft pick at the Major League Soccer level, so his arrival to the Canadian Premier League represents a fantastic acquisition for the Wanderers – especially given that they’d already obtained number one transfer target in Aidan Daniels.

Omar likes what he’s seen from Halifax on an operations and vision level, describing the move as a dream come true. Fegan says his arrival is proof in the pudding that the east coast side is continuing to attract high-quality domestic talent: “make no mistake,” he assured, “a player of Mohamed’s talent had options in the USL, MLS, and elsewhere.”

Mohamed Omar arrives to the Halifax Wanderers on a single-year deal with a club option for 2023.