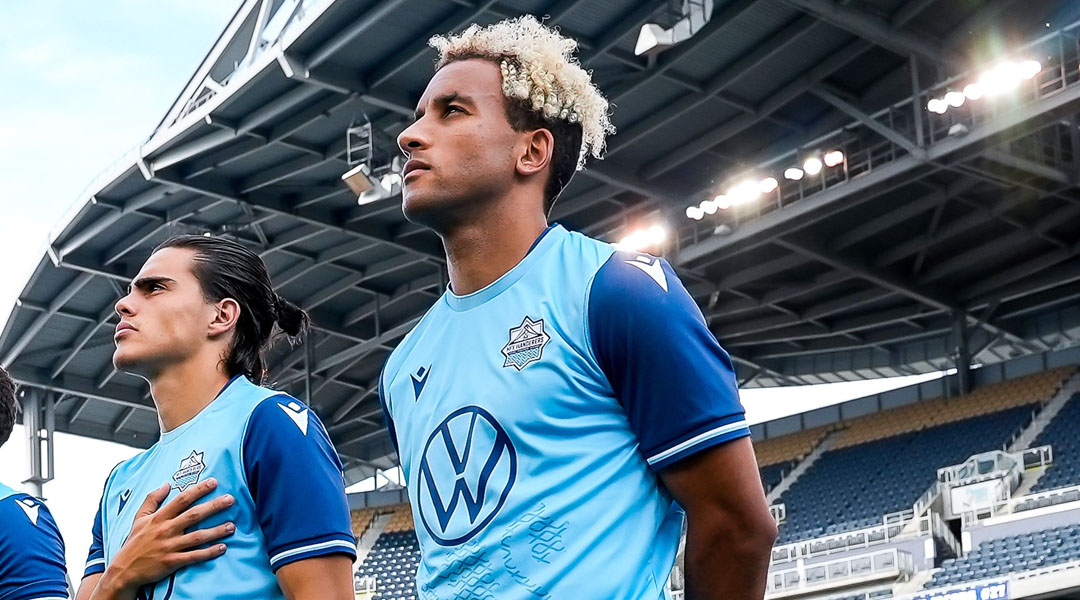 Canadian full-back Morey Doner has announced his departure from the Halifax Wanderers.

Having completed his third season in the Canadian Premier League, it appears that the right-back has his eyes set on an opportunity abroad – something which his former club York United revealed when he left the Nine Stripes last year before a phone call from Stephen Hart convinced him to join the east coast side for 2021.

Today I say goodbye to Halifax. At this time in my career, I’ve made the decision to seek a new challenge. To play in front of the best fans in the league was a very special feeling. Thank you to everyone around the club. Wish you all the best in the future

The start of the 2021 CPL season saw Doner settle in well with the side, leading the league in key passes, recoveries, and successful duals early on. His bombing runs down the right flank and high-energy performances were a common sight throughout the campaign, while his team-leading successful duals per game saw his frequent crosses create an impressive 19 chances from open play.

It wasn’t too much of a surprise to see Doner follow up on his an iron man season for York United by establishing himself as a mainstay in the Wanderers lineup, barring a spell on the sidelines following an injury in September. All-told, there was no Wanderer fouled more times than Doner on either end of the pitch.

His exclusion from the club’s final match of the campaign, a must-win match against Atletico Ottawa, proved to be a big talking point given that rumours suggest he had been left out of the squad after informing the club he wished to move on at the end of the season. With the result going against Halifax that day, it’ll likely go down as one of the larger ‘what-if’ situations in the club’s young history.

While the club had an option for a second year with the defender, it appears that Doner’s ambitions outside of the CPL have now led the two parties to go their separate ways.

The defender now departs from Halifax with 21 appearances across all competitions and a tied-for-team-lead three assists. His all-time appearances for CPL sides rose to 57 this season, with the full-back recording seven assists and a sole rocket goal during his time in Canada’s top flight.

With Doner having put more minutes on the pitch overall than all but four other outfield players in the league, he’ll be a big miss in CPL circles should he land elsewhere – though seeing a former League1 Ontario standout use the CPL to progress his career is far from a bad thing. Of course, it remains to be seen where the 27-year-old lands, with rumours suggesting that he’s got his eyes set on the USL.

If that move occurs, it would mark the second season in a row that Halifax would lose one of its starters due to USL ambitions, with Aboubacar Sissoko having departed for Indy Eleven following an impressive Island Games campaign.