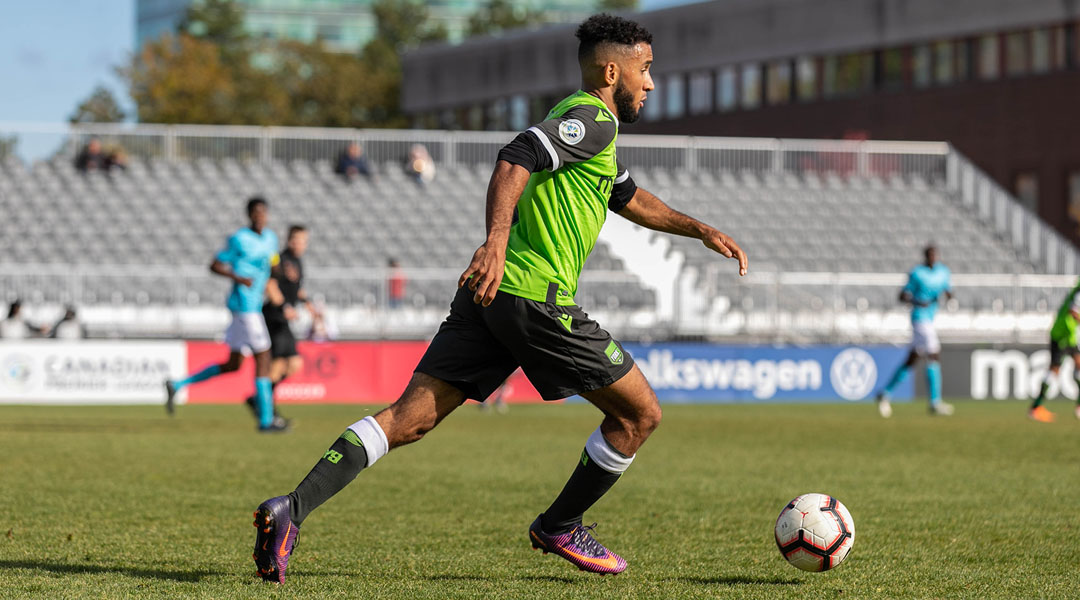 The Halifax Wanderers have found their next right-back in Morey Doner, bringing in the former Nine Stripes defender on a one year deal with an option for 2022.

The 26-year-old full-back had mutually split apart from York United in November after being a first team regular in the side for its first two seasons. He departed from the Nine Stripes as their sixth all-time appearance leader after representing the club 36 times across all competitions (and scoring one wonderful goal against Valour FC, too).

While he had signed a contract extension with York United a few months before his departure, he made the decision to leave the side not long after the arrival of former Wanderers right-back Chrisnovic N’sa. With both clubs essentially swapping right-backs, it’ll be interesting to see how each defender fares in the upcoming CPL campaign.

Doner – who is a member of the Common Goal movement – is ready for the fresh start on the east coast:

The Wanderers were just short of winning a championship but I think I can add experience and a different dimension. I have a lot to offer as an attacking fullback, I give a lot to the game and I give 100 per cent on the field whenever I can. So I think it’s a perfect fit for both sides of the coin.

Before impressing at the professional level, Doner first had to prove himself in the semi-pro League1 Ontario rankings after convincing then-Aurora FC head coach Jim Brennan to let him trial. At Aurora, he then commuted long distances to participate in League1 Ontario action until the founding of what became York United gave him a professional opportunity to play.

Prior to that, the ambitious defender had spent a brief stint in the USL2 with the Palm Beach Suns following a stint in Brazil to develop in the country’s lower leagues. His path to the professional game wasn’t easy, but today’s announcement is more proof that he’s now a well-known quality at the Canadian Premier League level.

Over the last two seasons, Morey was one of the most consistent fullbacks in the Canadian Premier League. He shows a good understanding of the position, both defensively and offensively, offering depth and balance to our squad.

With the Nine Stripe days now behind him, Doner has already arrived in Halifax to prepare for the 2021 Canadian Premier League season. The Wanderers had confirmed the return of twelve players previously, most of whom are on multi-year contracts. More recently, Alex De Carolis announced he would be one of the departing players.

The Halifax Wanderers did not disclose the financial details of Morey’s contract.