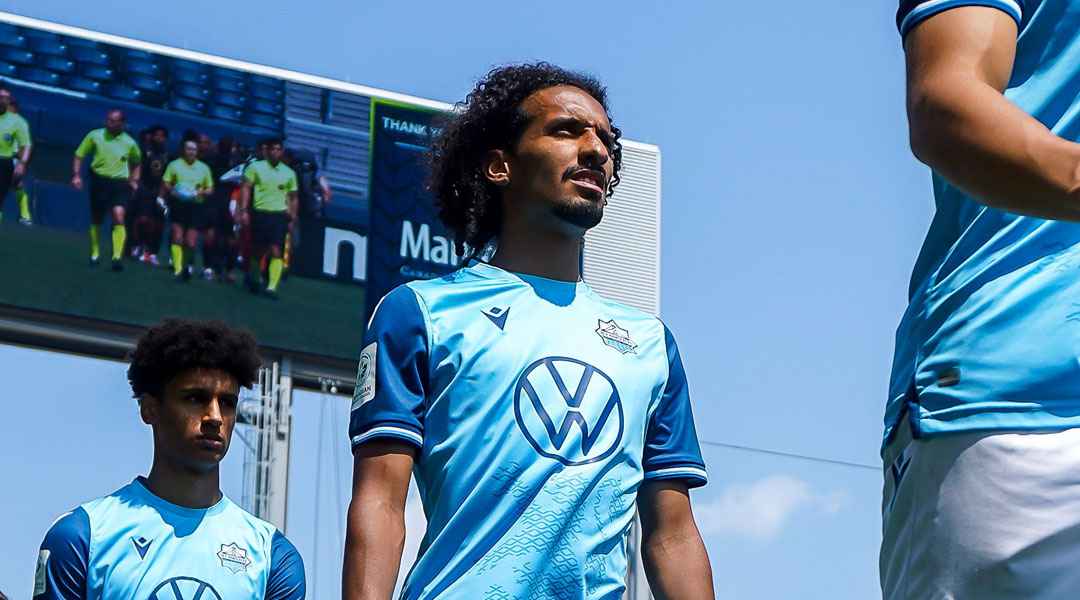 Halifax Wanderers midfielder Omar Kreim is hanging up his boots after having picked up a serious concussion injury earlier this season.

The 26-year-old University of Montreal graduate will now focus on passing the bar exam. Having begun his university studies in 2016, he obtained his bachelor of laws prior to signing his first professional contract with the Wanderers in 2020, while also obtaining his Juris Doctor remotely during the pandemic.

I would like to thank Stephen, Matt, and Obelisk for giving me the chance to sign my first professional contract. I would also like to thank Halifax fans who have always been there for the past two years despite the circumstances. As for me, I made the decision to stop my professional football career. I had one more season on my contract, but I decided to take on new challenges.

Kreim had always intended to shift focus towards his law career once his career as a professional playing days came to a close, though none would have imagined it would end so abruptly, and in such circumstances.

Kreim becomes the first Canadian Premier League athlete to retire directly as a result of a sustained injury, and joins an even shorter list of athletes who only got to play professionally within a bubble.

Kreim’s only assist came to provide a 91st minute equalizer against York United at The Island Games, denying the Nine Stripes a big two points that would have seen them reach playoffs that year. He appeared in all but three of Halifax’s matches that season, appearing as a substitute late into the 2020 CPL Final.

Kreim had also been a board member of PFA Canada, where he fought for collective representation for the league’s athletes.