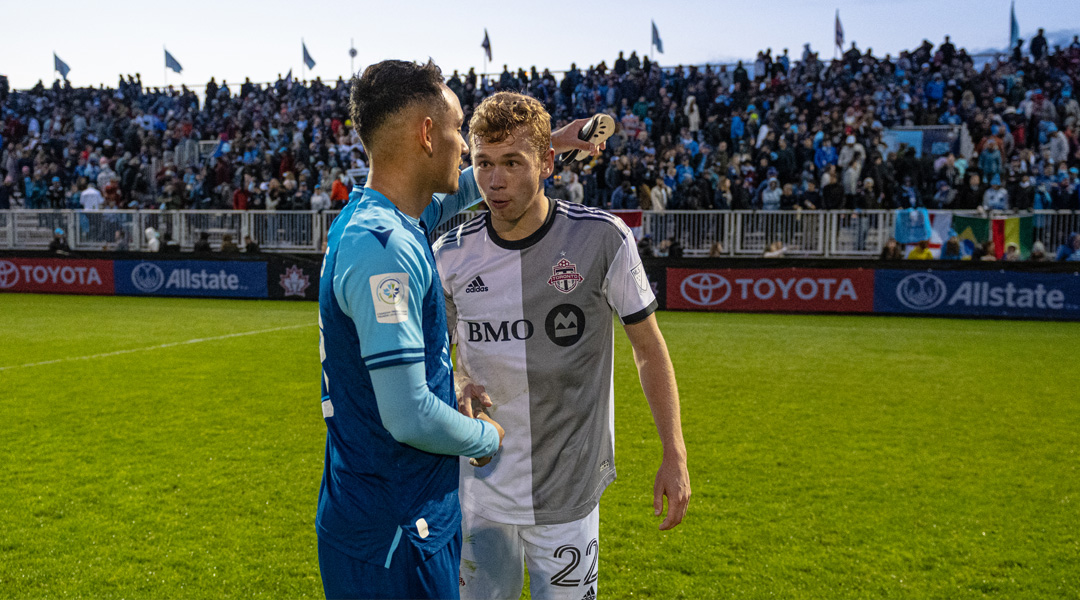 It’s no secret that the sellout crowds of the Halifax Wanderers produce one of the best soccer atmospheres to be seen north of the border, wiith this week’s Canadian Championship clash against Toronto FC providing more proof in the pudding for team owner Derek Martin.

The east coast team regularly fills up the seats of its temporary stadium, which received unanimous support from Halifax city counsellors ahead of the team’s launch in 2019. It’s been a rocking environment since, with Martin going on the record about potential expansion just months into the club’s existence – and he’s still keen on the idea.

Boasting an official capacity of 6,200, the Halifax Wanderers have made the absolute best of a temporary stadium infrastructure that has proven to be a big draw for locals while turning a few heads on the national scale, too. For Martin, he’d like to see the establishment of a permanent stadium ground that allows for more eyes to take in the action, too.

“I think realistically, we could have space for 10,000 people here,” he told CTV’s Paul Hollingsworth. Believing that the east coast team has proven to be tenant that can fill the stadium with fans, the only direction for the Halifax Wanderers appears to be up.

An early estimate of the cost behind such a venture was earmarked to be a twenty-million dollar affair, and with the venue on public lands he believes a private soccer team has no place in an ownership stake – much like the Halifax Mooseheads, who are not required to be the owners of downtown Halifax’s Scotiabank Centre that boasts a similar sporting capacity of 10,595.

Martin has already approached two levels of government about the construction of a permanent facility, and hopes those conversations will soon become ‘a little more active’.

Halifax Mayor Mike Savage stated that it was too soon to comment on the matter, with building stadium grounds on common land and how a partnership with the city would work needing plenty of more discourse and evaluation before an official comment will come.

Not everyone is keen on the development, with local architect David Garrett opposing a project that will see overall size of public common land shrink.

To that, Martin point to the history of the land itself: “all we’re trying to do is maintain what this location has been historically,” says Martin. “If you look back at pictures from the 1800s, this was a stadium.”

With the 2026 World Cup on the horizon, it’d also be a golden opportunity for the city of Halifax to secure revenue from national teams as they train ahead of the world’s biggest football competition.

“Ideally they’d come and make Halifax their home for a month or two leading up to the World Cup and use this as their training ground,” says Martin. Tacking on to that, Soccer Nova Scotia’s Brad Lawlor suggests that there’ll be an exposure factor from those larger teams playing there, along with the potential of tying the stadium in with an eventual women’s professional league in Canada, too.

In Martin’s vision, soccer will be the name of the game for a permanent stadium: he shied away from the idea that such a venture might also be called home to a Halifax-based CFL team, suggesting that the natural grass which makes the venue ideal for soccer is far less suited for the other kind of football.

For now, the Halifax Wanderers remain on an extended land agreement that sees the club set to call the temporary Wanderers Grounds setup home until at least April 2024, with the option to renew for an additional year and further plans to beautify the space, too.

If all goes to plan for Martin, however, a more permanent stadium might be on the books in the near future, well ahead of the 2026 World Cup.