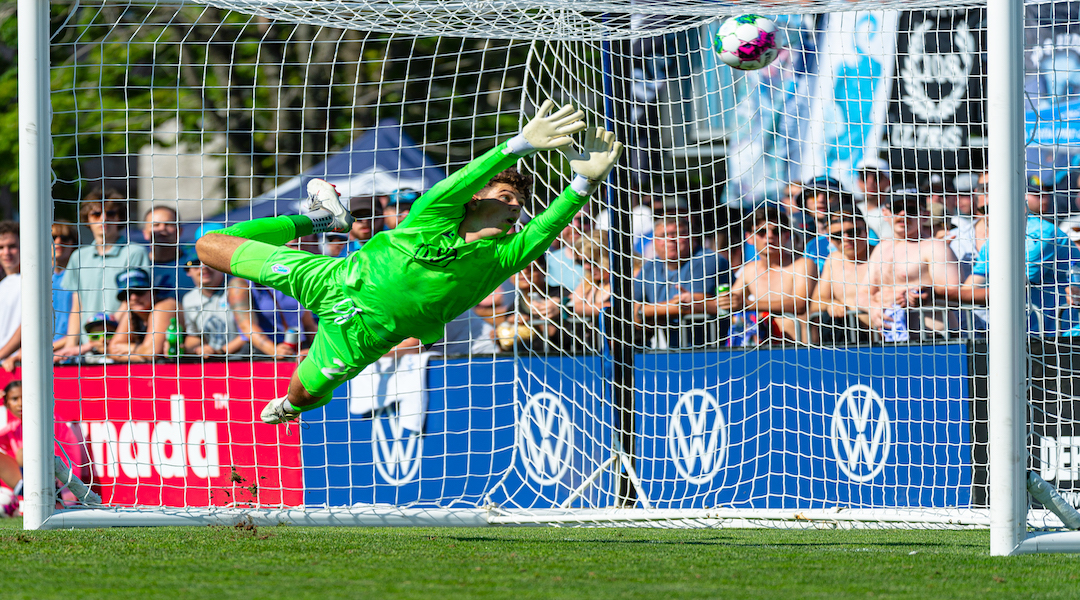 It’s been a tough season for the Halifax Wanderers, with the result also ensuring they will finish on with no more points than they managed to procure a year prior.

The east coast CPL team has enjoyed rapturous fan support despite struggling to put out a consistent result on the pitch, with no back-to-back wins having come with two games left to play. The team did bring in a number of midseason reinforcements in an effort to get itself over the finish line, but they came to no avail.

The east coast side’s biggest struggle has been putting the ball into the net, with the team’s 22 goal tally clocking in as the league’s lowest outside of an already eliminated, ownerless FC Edmonton side.

With 10 of these 22 goals coming from the penalty spot, the club’s lack of tenacity in open play will be an expected improvement next year.

The team’s defensive acumen isn’t much better, with only FC Edmonton doing worse in terms of goals against – though Kieran Baskett has done well after stepping in during the closing stage of the season.

Things weren’t helped when star playmaker Joao Morelli – who won the league’s MVP award last year and procured the majority of the team’s goals – was ruled out for the season just a few matches in, causing the club to dig deeply for a suitable replacement.

While Fumpa Mwande and a contingent of mid-season reinforcements eventually found their way out east, the results didn’t follow in bulk.

That isn’t to say the campaign hasn’t been without highlights: Jeremy Gagnon-Lapare and Andre Rampersad have proven to be absolute dynamos in midfield, while Samuel Salter has stepped up to procure a healthy return of ten goals thus far (six from penalties), making him a firm golden boot contender.

This season has seen underlying shouts to replace Stephen Hart as head coach grow in momentum, with some fans of firm belief that the club’s playing mentality and use of substitutions has hindered what may have been an otherwise decent campaign.

Hart is one of just three remaining original head coaches from the league’s launch, with the former Canada and Trinidad and Tobago gaffer earning a coach of the year award following his club’s surprise spring into the CPL Final back in 2020.

That year’s golden boot leader, Akeem Garcia, has suffered a fairly large fall from grace: in the two seasons since, he has procured six goals, just two of which came from open play.

It’s fair to say things have been a tough go since the Island Games: last year saw the club loosen its grip on playoffs late into the season, with York United eventually nabbing the final playoff spot after a string of poor results out east.

With the club now falling short of playoffs yet again, it’ll be interesting to see how the east coast side reshapes itself ahead of the 2023 Canadian Premier League season, where it’s expected to have CPL star Joao Morelli back in the mix.

The Halifax Wanderers face a tough conclusion to the season with matches against Atletico Ottawa and Forge FC.