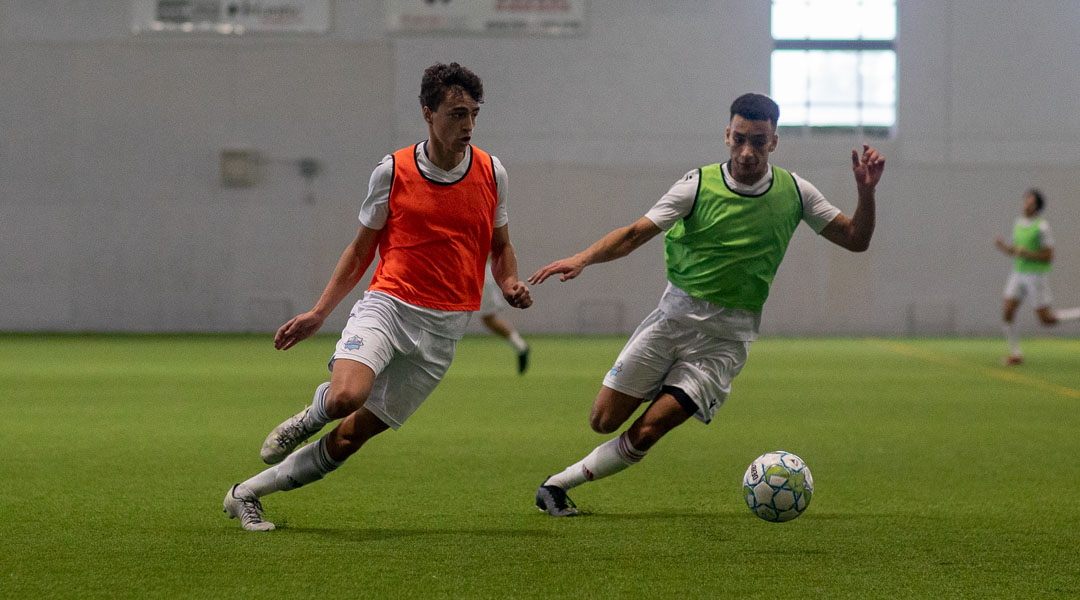 Preseason camp is under a week away for the Halifax Wanderers.

The east coast Canadian Premier League team has confirmed that preparations for the 2022 CPL season will begin on Monday, February 28, with twenty contracted players and seven trialists set to be present.

It’s been a long off-season so we’re excited to bring everyone back together again on the pitch. Everyone has been working hard since the New Year on their own individual programs at home and now it’s time to get to work on the pitch and start focusing on a big season ahead.

The Wanderers retained much of its core roster after narrowly missing out on a playoff position last season, with the side making a splash with the additions of Aidan Daniels and first round SuperDraft pick Mohamed Omar, among a few other young faces.

The club has also confirmed that 21-year-old defender Kareem Sow will return on a U SPORTS deal once he has completed his academic obligations with the Universite de Montreal.

The preseason camp will also see 2022 CPL-U SPORTS Draft picks Christopher Campoli and Colin Gander present, with a familiar U-23 face in Luke Green also arriving. He won’t be the only St. Francis Xavier University trialist, with local defender Lewis Dye also set for a chance to grab a spot on the team.

He isn’t the only arrival from the semi-professional league, with 24-year-old striker Orlendis Benitez also set to test himself at the professional level. A versatile option who can also be deployed on the wing, the Vaughan Azzurri man is hoping to make a similar jump as to what Duran Lee did in 2019.

Master’s FA and former Woodbridge SC forward Ryley Wishart is also trialing, offering similar versatility up top with the ability to play both centrally and on the wing. The six-foot-three forward offers a sizable presence akin to Tomasz Skublak for Stephen Hart.

Rounding out the trialists is PLSQ talent Samir Mahiddine, a defender who – like former CPL standout Mohamed Farsi – has a strong futsal background to aid his fast footwork. He spent the last season with CS Mont-Royal Outremont, who picked up the 2021 PLSQ season title.

The Halifax Wanderers are set to feature in the opening match of the 2022 Canadian Premier League season on April 7, with the squad playing away against York United. With a handful of roster spots available, it’ll be interesting to see who rounds up the senior team.

Related: Halifax Wanderers To Launch U-23 Team This Year

The club also revealed that the Halifax Wanderers ran a U-23 ID Camp this week, with Mesut Mert leading the opportunity from February 21-23 at the BMO Soccer Centre in Halifax. The Wanderers are hoping that the U-23 team can play a sequence of exhibition matches this summer which will also help develop a pathway up to the CPL team itself.