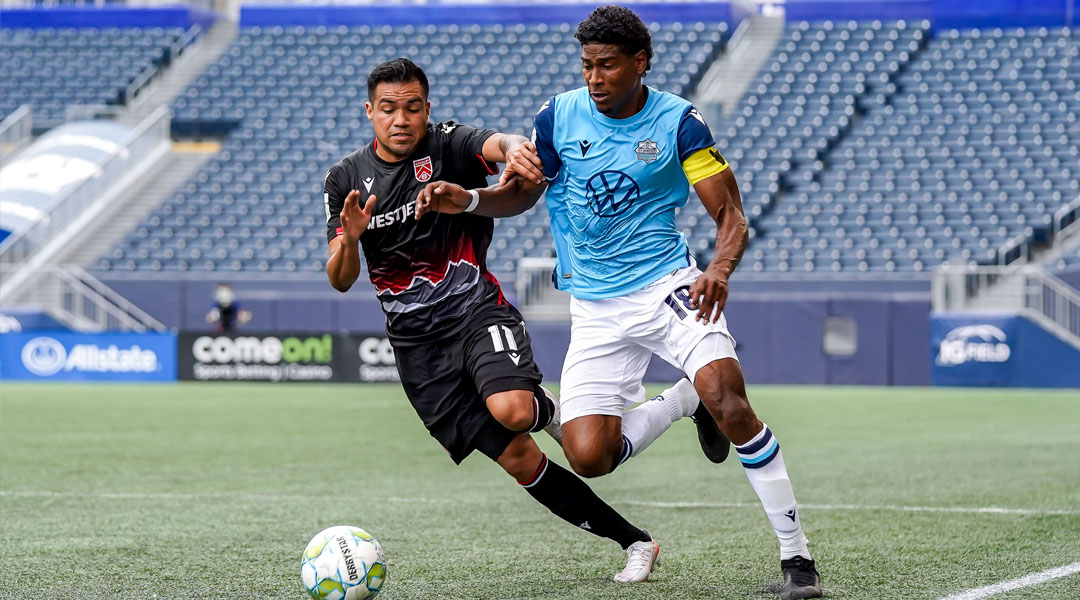 The Halifax Wanderers have continued to release a plenty of crucial roster updates after confirming twelve player departures yesterday.

The team had also announced eleven returning athletes, and amongst those has now clarified that Andre Rampersad, Zachary Fernandez, and former Eddies loanee Wesley Timoteo have all been inked to new multi-year deals.

Team Captain Andre Rampersad has been an integral cog to the Halifax Wanderers midfield, with the club original now signing a two-year deal with an option for 2025. With 97 appearances, the 27-year-old is Halifax’s all-time appearance leader, adding 27 more games to his tally last season.

“I’m very excited to be extending my time in Halifax,” added Rampersad. “I’m looking forward to working with my teammates and coaches to bring the heat to the Wanderers Grounds for the best fans in the league, they deserve everything!”

Wesley Timoteo was signed by the team last year and immediately loaned to FC Edmonton, where he had an individually bright season for the now-terminated club. He contributed three goals and six assists through 28 appearances, and was a name many had hoped would be picked up by the east coast side.

“I can’t wait to play at the Wanderers Grounds, I had the chance to play there on the away side and still felt the love from the fans, so I’m excited to play in front of them,” said Timoteo, who also inked a two-year deal with an option for 2025.

It was a similarly head-turning season for Zachary Fernandez, who has come to terms on a new two-year deal for the club, having previously been in options for 2023 and 2024. His rookie season saw him cement himself as one of the league’s brightest right-backs, contributing five assists in 26 matches following his arrival from PLSQ.

“I’m really excited for 2023, I think it’s a statement year for the club and the city. I think my first season went well, but I am far from where I want to reach, so now I keep working to be better every day,” said Fernandez.

The trio become the first athletes to have a guaranteed club contracts through to 2024, with the likes of Cristian Campagna, Fumpa Mwandwe, and Ludwig Kodzo Amla on options for that year.

The team has teased that a number of new player signings will be unveiled in the near future – possibly in the club’s Wanderers Wednesday announcement pattern – with new head coach Patrice Gheisar seeking to build a roster that will entertain with a fluent, foot-forward attacking mentality.

With just eleven players on the books (and no goalkeepers), it’ll be interesting to see what shape the roster takes for the 2023 Canadian Premier League season.