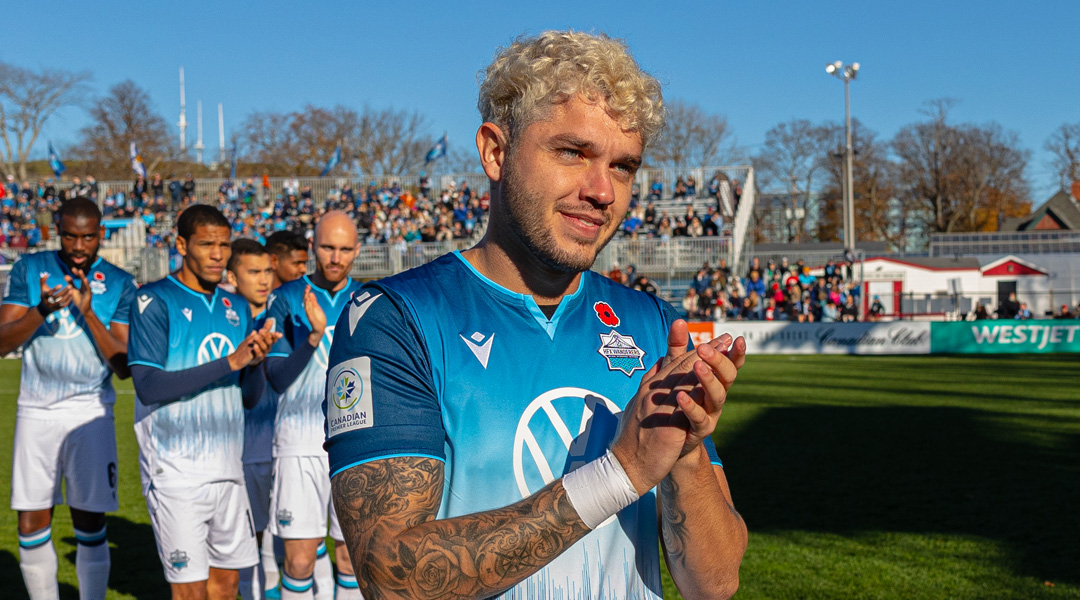 The Halifax Wanderers have released a roster update that confirms fifteen returning players for the 2022 CPL season.

Haitian international Jems Geffrard remains out of contract, putting question marks around the return of the six-foot-three defender. Similarly, it’s unknown if Kareem Sow will return next season after having come in as a U SPORTS draft selection last year.

The Canadian Premier League side had already confirmed the release of six players, with Alejandro Portal, Morey Doner, Scott Firth, Alessandro Riggi, Mamadi Camera, and Stefan Karajovanovic leaving the club at the end of the 2021 CPL season, while midfielder Omar Kreim also left the pro game behind through injury.

Alex Marshall’s extension comes amidst a call-up for Jamaica ahead of a friendly against Peru, with the 23-year-old having contributed two goals across 23 appearances this season. Hart evidently likes what he sees from the midfielder, who has shown flashes of talent in bursts since arriving from Cavalier FC in 2020.

Defender Jake Ruby had first arrived as a U SPORTS addition in 2020, and his return comes as no surprise after he led the way for the Wanderers in U-21 minutes before suffering a season-ending hip injury near the tail end of the season. Brazilian defender Eriks Santos had first signed in 2020, but travel difficulties due to the COVID-19 pandemic delayed his arrival until 2021. He made twenty appearances for the east coast side last season, with Hart keen to keep the left-sided defender for a longer stay.

It’s also no surprise to see former 2021 MLS SuperDraft hopeful Marcello Polisi retained, with the 24-year-old holding midfielder having made himself a strong presence last year. His season had also ended through injury, with a hernia aggravation currently being addressed by the Wanderers medical team this offseason.

English midfielder Cory Bent’s extension sees him stay on for a third season, with the 24-year-old firmly cemented as core piece to the club roster under Hart. He contributed three goals and four assists throughout 31 appearances this season, providing the club with a memorable out-of-the-box strike against CF Montreal in the Canadian Championship. The Wanderers are currently working towards extending his deal beyond 2022, too.

PLSQ standout Pierre Lamothe also earned a one-year extension, with the midfielder enjoying a solid rookie season after a long journey into the professional game. The same can be said for youngster Samuel Salter, who carved out one-fifth of the club’s U-21 minutes for himself in 2021.

With other core roster pieces like Jeremy Gagnon-Lapare, Peter Schaale, and Andre Rampersad already under contract alongside the likes of Christian Oxner, Mateo Restrepo, and Akeem Garcia, the fifteen returning players represent a solid foundation for head coach Stephen Hart to build upon, though he’s left himself plenty of roster room to make improvements, too.

Here’s a quick look at the Wanderers roster as things stand:

Last season’s campaign saw the Halifax Wanderers lose hold of the fourth and final playoff spot at the tail end of the season, which came as a disappointing follow-up to an Island Games campaign that saw them reach the final. The club struggled to find goals without Morelli on the pitch, but if Akeem Garcia can regain his Island Games Golden Boot form the east coast side will have plenty of scoring momentum from its current roster, with more reinforcements on the way.

The club will need some additional U-21 signings to meet league roster requirements, especially with the CPL expected to raise the amount of required minutes given to domestic youth players this year. If Geffrard isn’t coming back, a solid centre-back will be high on the priority list, too.

The Halifax Wanderers will now begin releasing new player and coaching additions for the 2022 CPL Season each Wednesday throughout the months of January and February, which means fans have plenty of news to watch out during the winter season.