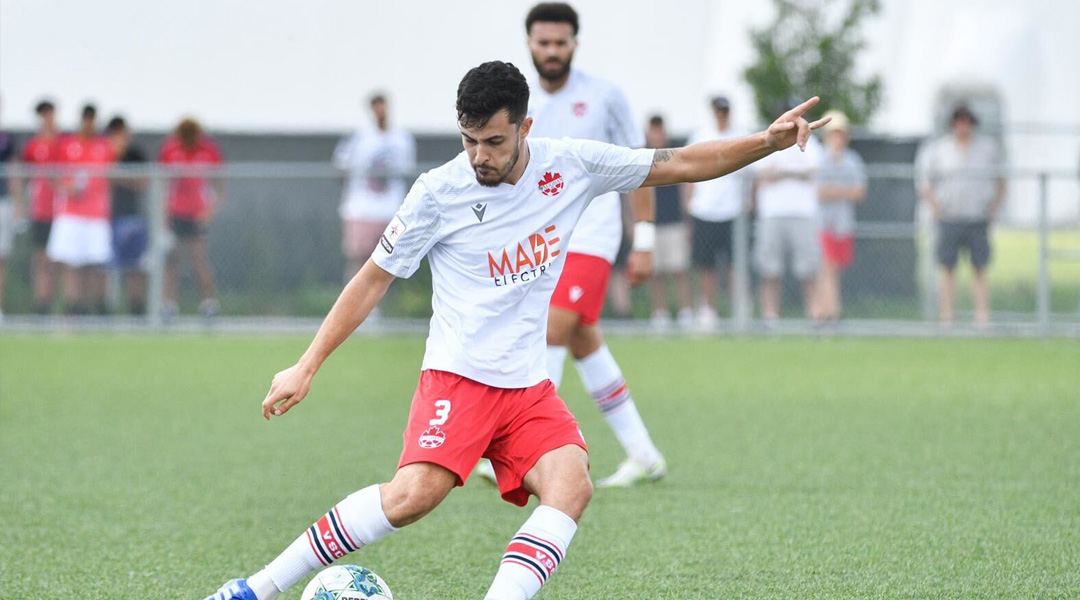 Patrice Gheisar is bringing another familiar over to the Halifax Wanderers with the addition of Canadian defender Riley Ferrazzo, who arrives on a one-year deal with club options for 2024 and 2025.

The 23-year-old made eighteen appearances for the Azurri last season, helping the side to an undefeated season and a league championship while also contributing two goals.

“I’m super excited and humbled to join the Wanderers and be a part of this tight-knit community,” said Ferrazzo. “I’m really looking forward to feeling the energy of the crowd at the Wanderers Grounds. From what I know, Halifax has the best fans in the league, and I can’t wait to see what will be cooking in The Kitchen.”

Ferrazzo’s career began with the Toronto FC Academy, with the defender introducing himself to League1 Ontario through TFC III before landing with Aurora FC and, later on, the Vaughan Azzurri.

Much like former Aurora player Morey Doner – who also suited up for the Wanderers – Ferrazzo began his career as a midfielder but was converted into a full-back.

He also attended a Canada U-18 national team camp in 2016, though today’s signing marks his first stint at the professional level.

“Riley is a driven technical player who has continued to excel at an incredible rate, and I look forward to seeing more of that growth in the CPL,” said Gheisar of Ferrazzo, who can play with the ball at both feet.