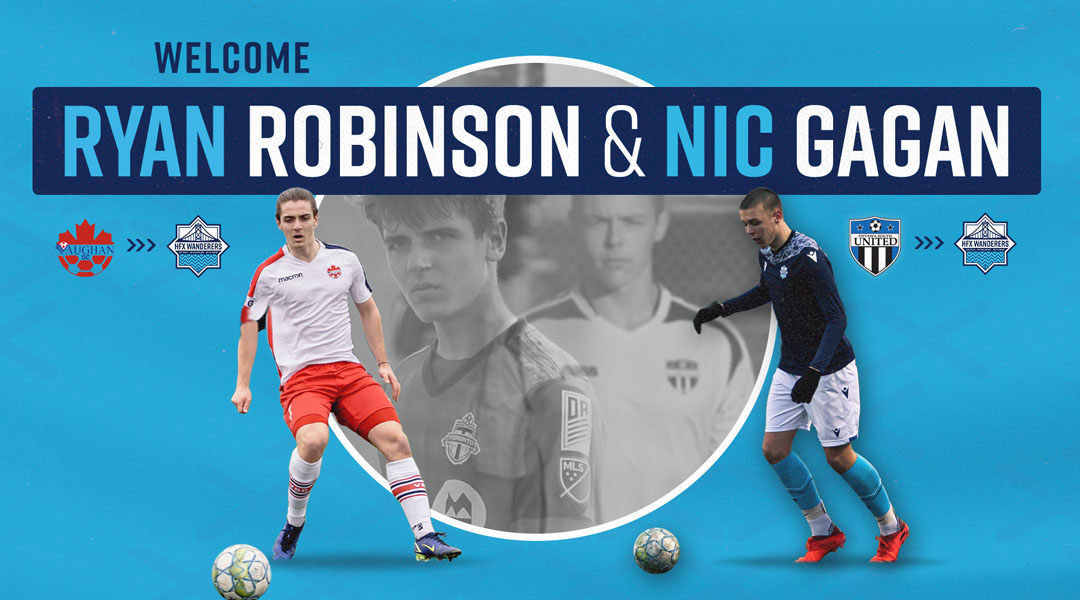 The Halifax Wanderers have added two domestic U-21 players one day ahead of the club’s fourth Canadian Premier League campaign.

The first is former Toronto FC Academy and FC Manitoba product Ryan Robinson, who had played against the Wanderers in a preseason match against Vaughan Azzurri during the club’s time in Ontario – though after that sharp showing, he played with them for the rest of their preseason tour.

See Also: Wanderers Wrap Up Preseason With A Win

The Hamilton-born forward had also spent a portion of his preseason on trial with Valour FC. Robinson proved lethal at the League1 Ontario level last season, where he bagged four goals from just six appearances.

Wanderers fans will be pleased to see that the versatile youngster can slot in anywhere across the club’s forward line.

“He’s clean with the ball and a technically strong player. His movement is very good and in the end, we felt that he was a good potential player for us,” said Hart.

The 20-year-old spent six years developing with the TFC Academy, where he seemed capable of both finding the net and creating key pass opportunities. At face level, he looks like a good pickup who deserves a shot at the professional level.

He now arrives to Wanderers Grounds on a one-year deal with club options through to 2024. He’ll wear the number 27.

The east coast side has also signed 17-year-old centre-back Nic Gagan to a developmental deal, with the six-foot-four defender having also impressed during the club’s Ontario-based preseason.

Gagan had spent some time on trial with York United, with the Wanderers now swooping in on the PLSQ youngster. Having previously played for Ottawa South United, the six-foot-four youngster can be fielded as both a central midfielder or directly as a centre-back, where he looked strong in a preseason match we saw against the Simcoe County Rovers.

“Physically, he’s big, but he reads the game well and is a good passer of the ball,” said Hart. “I think he’s a youngster with a lot of potential once he continues with his present attitude.”

The teenage signing makes history as the club’s first-ever U-18 development player, with Sporting Director Matt Fegan confident that he can make his mark at the professional level.

Gagan is represented by former Wanderers co-captain Alex De Carolis, who also helped bring assistant coach Alejandro Dorado to the club. The club ensures this signing isn’t based solely on those close ties, however.

We wouldn’t be signing Nico if we didn’t think he could contribute minutes in our first team, but this is really about investing in another young Canadian with huge potential. Our philosophy is ‘if they’re good enough, they’re old enough’.

Gagan’s developmental deal means he can play in up to six matches, at which point the Wanderers will make a decision on whether to offer him a deal as a full-fledged professional.

The east coast side also added left-back Colin Gander on a U SPORTS developmental deal earlier today, too.

The slew of youth signings ensures the Wanderers will always fulfill its roster obligation of having three domestic U-21 players on the books, with Robinson slotting in alongside Keiran Baskett and Zachary Fernandez on full contracts.

“This off-season, we have specifically targeted young Canadian players we feel could come into our squad and contribute to our first team,” continued Fegan, “we are committed to exceeding this season’s league requirement of 2000 minutes for Canadian U-21s and have continued to invest in young domestic players to enhance our squad.”

Both youngsters are presently with the team ahead of tomorrow’s season opener away against York United in Ontario.