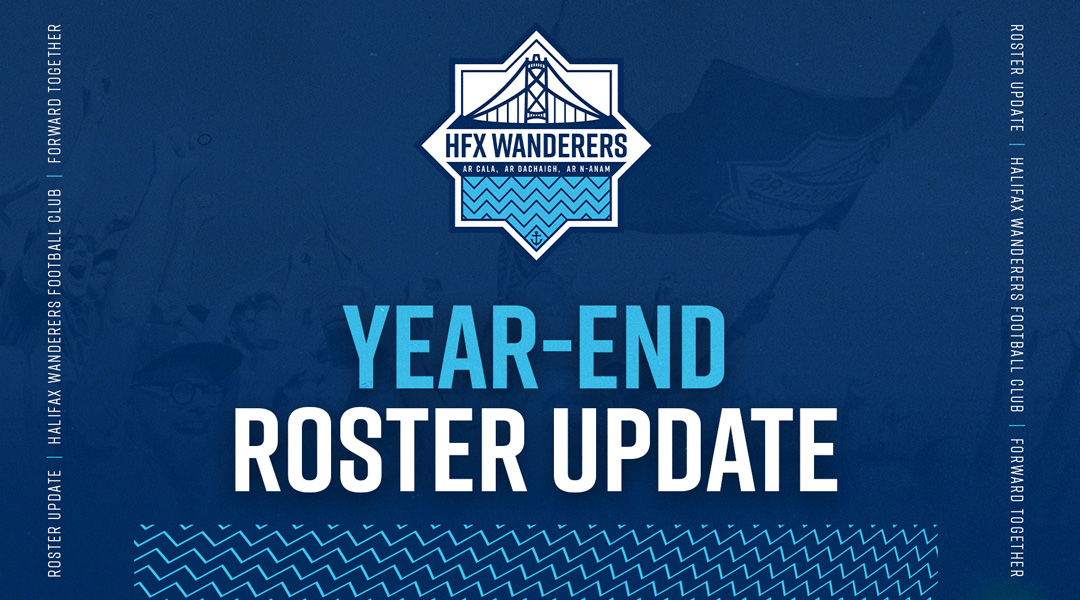 New Halifax Wanderers head coach Patrice Gheisar has wasted little time evaluating the club’s option year athletes ahead of the upcoming season, with today’s formal roster update revealing that eleven players will remain, twelve will depart, and one has had their CPL-U SPORTS rights retained.

Gheisar has retained forwards Samuel Salter and Wesley Timoteo, the former of whom led their goalscoring charts with twelve contributions this year, while the latter had an individually impressive season out on loan with now-defunct side FC Edmonton.

The midfield will see team leader Andre Rampersad remain in the middle of the pack, with Aidan Daniels also being retained out east. The defensive end sees head-turning rookie Zachary Fernandez remain in place, with Mohamed Omar and Jake Ruby set to stay as well.

The Wanderers also retained their CPL-U SPORTS Draft rights for Kareem Sow, with the club remaining in discussions with Ryan Robinson and Gabriel Escobar, both of whom’s options expire on December 31.

The club also confirmed that Joao Morelli, Fumpa Mwandwe, Cristian Campagna, and Ludwig Kodjo Amla are all on guaranteed contracts through 2023, with Campagna now training with FSV Zwickau following his offseason stint with FC Nurnburg.

The club is also evaluating future opportunities for developmental players Nassim Nouajaa, Nicolas Gagan, and Owen Degelman, the latter two of whom will not be eligible for developmental deals next year as they’ll be over 18.

“As we are taking the next steps to establish a clear identity, this group of returning players possesses the right attributes for that ideology,” said Patrice Gheisar. “Now we look to add pieces to this core, and I believe the right additions will make us a very competitive team.”

Halifax is waving goodbye to both of its goalkeepers, with Christian Oxner and Kieran Baskett seeing their options declined.

“As we said to each player directly, we want to thank the departing Wanderers for their contribution to the club, particularly those like Christian and Peter, who have served the club and city so admirably since our first season,” added Wanderers Sporting Director Matt Fegan said.

While twelve players have formally departed, this isn’t the biggest squad overhaul in team history: the club released no less than sixteen players following its inaugural campaign before reaching the CPL Final the following year.

“As we begin this new chapter in the club’s history, it’s important to structure the squad in a manner that suits the style of play Patrice and his staff will be implementing. We’ve worked diligently to evaluate, retain, and add players who complement the various positional needs to have the necessary quality across the pitch as well as meeting the CPL squad composition rules.”

Patrice Gheisar hopes to bring his brand of front-forward, attacking football to the east coast, where sellout crowds at Wanderers Grounds have witnessed some tough performances. With the Wanderers having scored the least out of any CPL side for two years straight, Gheisar is certainly the type of leader who can come in and shake things up.

The club currently has eleven players under contract for 2023, with the team set to announce the first of several new additions in the near future.