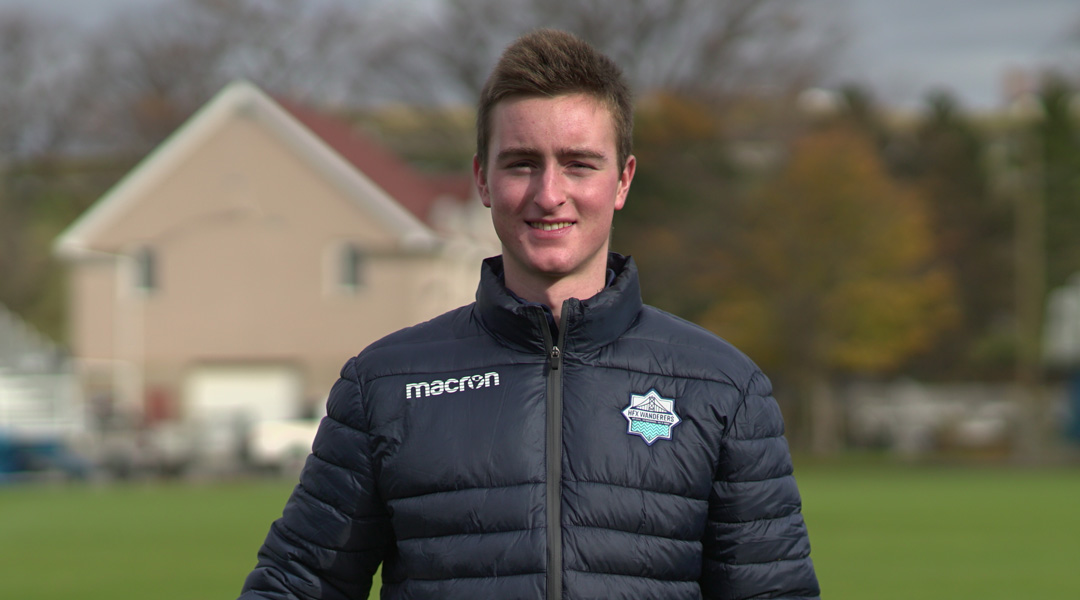 East coast Canadian Premier League side Halifax Wanderers have announced that 18-year-old midfielder Scott Firth will stay with the club for the 2020 season.

Firth is the fourth returning player to be announced by the club, behind Christian Oxner, Akeem Garcia, and Andre Rampersad.


The six-foot-one Halifax local made nine appearances in all for the Wanderers this season, though his total time on the pitch only totaled 290 minutes. Head coach Stephen Hart has watched him ever since he played outside of the professional game for local side Suburban FC, and evidently believes the ceiling is high for Firth:

Scott is young and improving all the time and he is fantastic in the dressing room and he has shown a willingness to learn. When he was introduced into games he did not look out of place and his pass percentage was extremely high, so he’s done quite well.

Scott was the youngest player on the club’s roster for the inaugural campaign, coming in two years younger than Vincent Lamy and Abd-El Aziz Yousef, both of whom are still unconfirmed for 2020. In fact, he’s even younger than the club’s two selections from this year’s CPL-U SPORTS Draft, Cory Bent (22) and Jake Ruby (19).

I’ve said it before but it’s a dream come true being able to play in front of the Halifax fans, stepping onto the field was amazing last season and I hope for the same energy this year.

Firth won’t be the only announcement to come from the Wanderers this week: club president Derek Martin has confirmed that the club will be announcing another returning player tomorrow, and also revealed that the club had made two new offensive signings yesterday – though it isn’t known when those two new additions will be announced.


While six player signings have now been confirmed for 2020, four players have officially parted ways with the Wanderers so far: Elliot Simmons, Tomasz Skublak, Ndzemdzela Langwa, and Kodai Iida all recently took to Twitter to say their goodbyes.

With Martin stating that the club won’t rush its 2020 roster-building decisions, fans will likely need to wait until January is nearing to know the majority of the club’s confirmed roster.